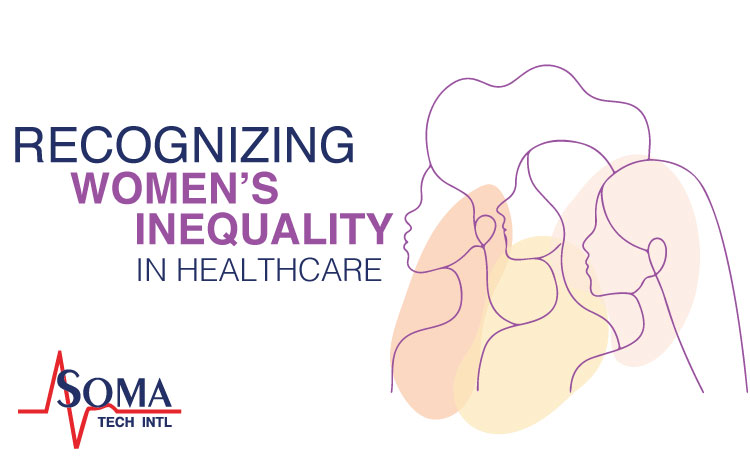 What is Gender Bias?

August 26th is Women’s Equality Day however, women are still not seen as equal, even in the healthcare industry. This can result in several consequences for women everywhere. We will point out some of the gender biases that women face daily in the industry and ways in which we can close the gap between genders.

First, we must make a distinct separation between sex and gender. Gender is how someone identifies, this can include cisgender, genderfluid, pangender, etc. Sex, on the other hand, refers to the biological characteristics of one’s body. People have biases about both gender and sex, and many times these two can overlap. These biases might not always be conscious. We have both conscious and unconscious biases. We absorb these biases throughout our lives, but we must acknowledge our explicit and implicit biases to improve and change the healthcare system.

In many cultures, there is a higher value placed on men than women, and this gender bias affects women all over the world in different parts of their lives. Some examples are the gender pay gap, sexism that women face in the workplace, and of course, biases in healthcare. 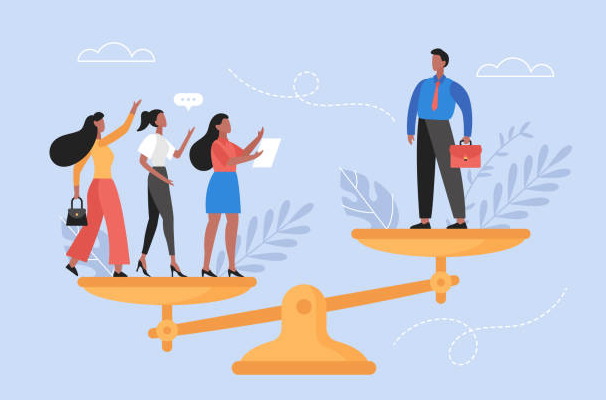 One of the main biases is the disbelief in symptoms in women versus men. Women experience more chronic pain than men in general. However, according to the National Library of Medicine, multiple articles state how women’s chronic pain is more likely to be dismissed by medical professionals than men’s. Women’s chronic pain treatment is met with psychological causes instead of physical ones. Other studies show that women receive the following in comparison to men:
• Less pain medication
• Less effective pain medication
• More antidepressant prescriptions
• Referrals to mental health services

There are also gaps in medical research regarding women. There is an inequity in medical research. We must point out that there is a difference in composition between men and women, therefore, different diseases, drugs, and therapy can affect women differently from men. For example, heart attacks are the leading killer of American women, but the reason more women die from this is because of the lack of knowledge on women’s health. There is a difference in symptoms of a heart attack between men and women, but men are caught and diagnosed much faster. Women’s symptoms are different, making professionals believe that it is something minor, rather than a heart attack. The lack of inclusivity in medical discoveries has left doctors with a lower understanding of female health. Other examples of this can be seen in:
• Strokes
• Reproductive Health
• Ovarian and Breast Cancer

Even women who work in the healthcare industry face inequality consistently. There are reports of women in healthcare who report bullying and harassment in their workplace. While these situations have lessened over time, they have not diminished. There are studies of older women who are doctors that report that their age and gender have resulted in them being harassed, discriminated against, and even paid less than their male counterparts.

The gender bias that women face is dangerous and there are many consequences to them. The knowledge gap is one of the biggest problems because it leads to misdiagnoses, neglect, and it can result in death. There is a lack of knowledge about women’s health because a lot of research was steered towards men. Therefore, the higher rates of women dying from heart attacks go hand in hand. Doctors have a harder time being able to diagnose and treating heart attacks in women because they are not sure what they should be looking for.

The disbelief in symptoms by the healthcare system can lead to delayed diagnoses, too. This can affect all women in the long run since it is their health that is at risk. Women may not be trusting the healthcare system since many have had negative experiences. This is harmful because women may be hesitant in seeking out medical help for themselves and even their own families.

Lastly, because of all of the gender bias that women must endure in the medical field, it leaves a very small number of women in leadership positions. There is a study that shows that men are seen as better leaders than women because of the years of gender bias that we have been trying to overcome. While gender biases have improved, they are still very present and engraved into our society. This leaves a very disproportionate number of women in leadership positions in the healthcare industry.

Organizations and institutions are one of the big reasons that gender biases still exist. However, there are ways that we can make these organizations rethink their policies and help close the gap between genders. The first step is to create awareness and educate others who are not aware of this issue. There are outreach programs that can help healthcare organizations address gender bias and how it can affect both men and women differently. Medical health professionals need to be taught how to understand the gender bias that exists and how to break out of those conformities that are put on genders.

Sex and gender diversity research would be a huge step for these institutions to look into, as well. As mentioned before, most research in the medical field has been done on men and that is why doctors lack knowledge when it comes to women. We need to do more research on the female body to better understand them, diagnose them correctly, and treat them in a timely matter.

Equitable treatment guidelines and workplace policies should also be put into place by these big companies. There is a lack of women in powerful positions because of gender bias. Women shouldn’t be denied the opportunity to better themselves and move up into positions of higher power simply because of their gender. It is these companies’ responsibility to help close the health gaps that have been in place for too many years. 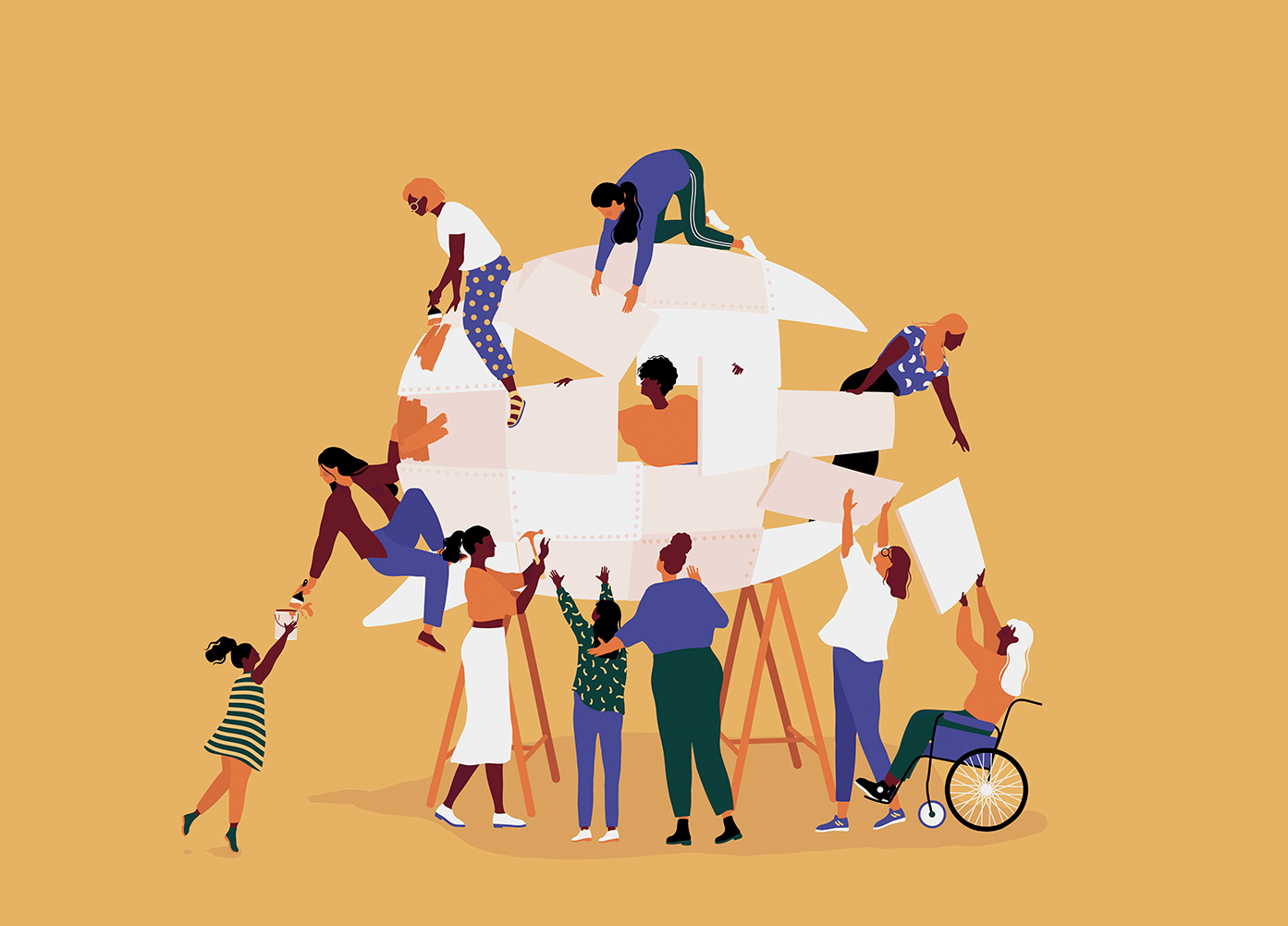 Soma Tech Int’l is proud to help and improve the inequality that women face in healthcare one step at a time. Have you noticed gender bias in your everyday life? If you have, have you ever realized that people treat you differently because of your gender? Let us know of your experiences in the comments below. Let’s open up the conversation to start changing the status quo.