The Origin Of The Heart Shaped Symbol Of Love 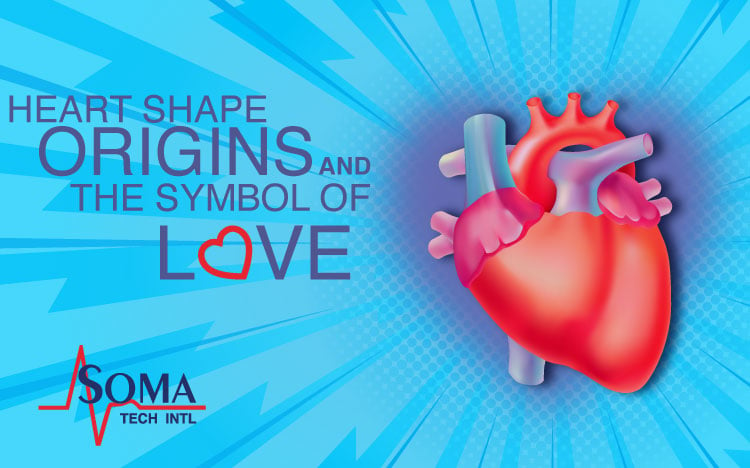 Do you smell that? The natural perfume of the roses? Love is truly in the air this month. Whether you are reciting one of Pablo Neruda’s poems, or simply dedicating an assortment of heart-shaped chocolates to someone, the question is: where does the heart-shaped symbol come from? How did we begin to associate the heart as a symbol of love and passion? From all the other human organs, why not the kidneys or better yet the brain? In retrospect, we all know that the heart tends to be associated with emotions. Particularly when it comes to “love.”

Now that Valentine’s Day is approaching, let’s take a look at where and how this universal symbol of love came to be.

WHEN DID THE HEART BECOME A SYMBOL OF LOVE?

During the times of the ancient Greeks, love was often identified with the heart through lyrical poetry in verbal conceits. An example of this is the Greek poet Sappho who agonized over her own “mad heart” pleading for love. Greek philosophers like Aristotle, more or less believed that the human heart was the center of all emotions, particularly that of love. The connection between the heart and love was common. In the ancient city of Cyrene (near what is now Shahhat, Libya) the oldest known image of the heart shape was found on a coin that dates back to 510-490 BC. The very same heart symbol with two lobes and a bottom V design we tend to see everywhere now.

Historians conclude that this heart shape symbol was about silphium, a species of giant fennel that once grew on the coastline near ancient Cyrene. Silphium trade became an important rich commodity for the city. The ancient Greeks and Romans used silphium for both food flavoring and medicinal purposes. However, it was most famous for its contraceptive properties. It became so popular that it was cultivated into extinction by the first century A.D.

Silphium’s seedpod bore a striking resemblance to the modern Valentine’s heart, leading many to speculate that the herb’s associations with love and sex may have been what first helped popularize the symbol.

There is speculation that the heart shape may have originated from artists, scientists, and monks of the Middle Ages who attempted to draw representations of ancient medical texts. In the 14th century, the Italian physicist Guido da Vigevano created a series of anatomical drawings featuring a heart that closely resembles the one described by Aristotle.

Since the human heart has long been associated with emotion and pleasure, the shape was eventually incorporated as a symbol of romance and medieval courtly love. During the 15th century, the heart icon proliferated throughout Europe in a variety of unexpected ways. It was visible on the pages of manuscripts and on luxury items like brooches and pendants. The heart also turned up in coats of arms, playing cards, wooden chests, sword handles, burial sites, woodcuts, engravings, and printer’s marks. It grew especially popular during the Renaissance when it was used in religious art depicting the Sacred Heart of Christ and as one of the four suits in playing cards. By the 18th and 19th centuries, meanwhile, it had become a recurring motif in love notes and Valentine’s Day cards.

Much of the modern heart symbols in signs and other logos are widely used. Especially when expressing a strong connection to a physical place such as “I ❤️ NY”. Hired to design an image that would increase tourism in the mid-1970’s New York, graphic designer Milton Glaser created the famous logo that has since become a cliché and a meme worldwide. As a result, this design has extended the heart’s meaning beyond romantic love to embrace but also opened to new uses. Once “❤️” became a verb, it could now connect a person with any other person, place, or thing.

It is pretty common now to find an abundant amount of different heart emojis when you are messaging someone. A few examples are:

While the heart may be only a metaphor, it serves us well, for love itself is impossible to define. Throughout the ages, men and women have tried to put into words the various shades of love they’ve experienced. From fondness, affection, infatuation, attachment, endearment, romance, desire, or most of all “true love”. But when words fail us, we fall back on signs. We add hearts to our emails, texts, and notes, we send valentines adorned with hearts to those dear to us, and we give gifts with heart patterns. The continued global popularity of the heart as a symbol for love offers us a small dose of hope, serving as a reminder of the ageless assumption that love can save us.

Any ideas for a great Valentines’ gift? Did you enjoy today’s article? What are your thoughts about the symbol of love? Are you a hopeless romantic? Leave a comment below!