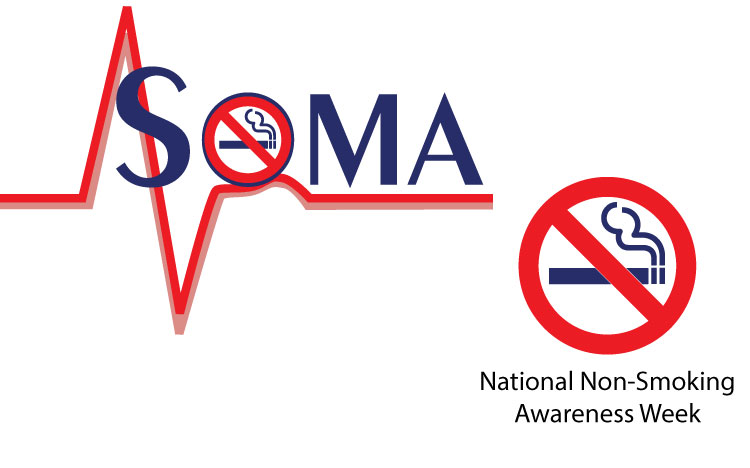 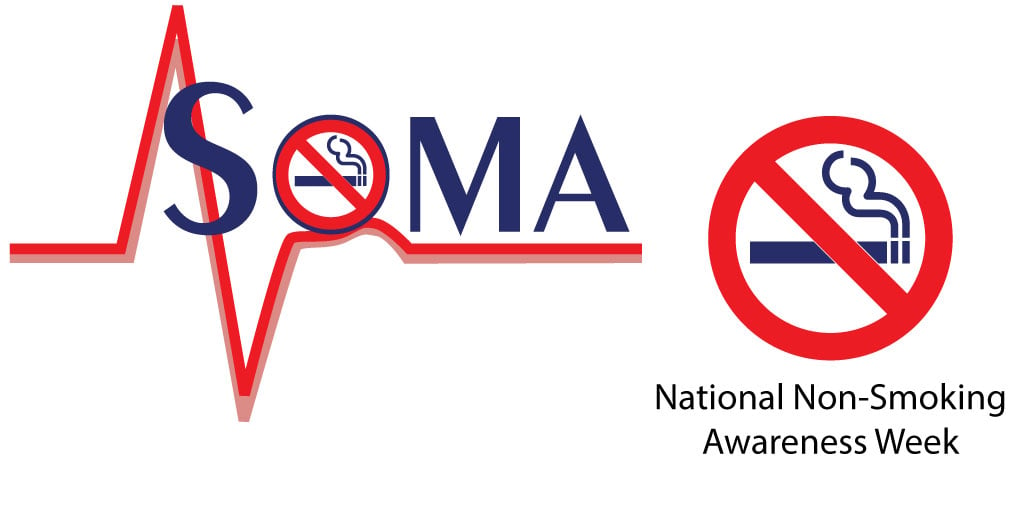 This week is observed as National Non-Smoking Awareness Week. Decades upon decades the Surgeon General has warned about the health risks associated with smoking. People used to claim that they would smoke because they didn’t know it was bad for the body. But with a multitude of studies linking smoking to deteriorating health and severe diseases, there is no better time to quit than now.

Smoke compromises lung function and has an increased risk for COPD, diabetes, heart disease, asthma, and countless other diseases. Decreased lung functions make people have a sedentary lifestyle, which may hinder exercise, and contribute to other poor lifestyle choices. Unfortunately, those who smoke cigarettes are not only affected, but they risk putting other people in danger through second-hand smoke, and birth defects if smoking while pregnant.

Chronic Obstructive Pulmonary Disease is linked to smokers. The majority of those with COPD, have gotten it from smoking. There are four stages of COPD, all depending on the severity of failing lung function. People with severe COPD will need to be put on a nebulizer for lung treatment. They will experience shortness of breath, inflamed bronchial tubes, severe coughing, and increased mucus production. About 20-30% of those who smoke will get COPD.

There are four types of diabetes, with the most common that smokers get is Type 2. Type 2 diabetes is when an insufficient amount of insulin is produced, and sugar levels are elevated, with a body not functioning at homeostasis. This can lead to pancreatic damage and failure. Type 2 diabetics may need to take medicine. Managing diabetes is imperative to healthy success. Eating right, and becoming active and losing weight, all make it easier to live a healthier life. If type 2 diabetics deteriorate, they will need to inject themselves with insulin.

Deaths related to smoking are the #1 killer of Americans on the list of preventable deaths. There are over 70 known cancer-causing agents in one cigarette. Carcinogens include; arsenic, formaldehyde, nickel, chromium, benzene, and many others. Each of these is known to cause cancer. Types of cancer usually associated with smoking include; mouth cancer, throat cancer, and lung cancer.

Mouth cancer can be much easier to spot because it can be viewed in person, without the use of special equipment. A biopsy will be needed to confirm if it’s cancer. Mouth cancer can occur on any part of the mouth; lips, gums, tongue, roof of mouth, bottom of mouth, and cheeks. Any pain in the mouth, loose teeth, or sores in the mouth may be cancer.

Lung cancer is generally preventable, except those with bad luck from genetics. Tumors are found on the lungs, in the lymph nodes, or has metastasized to elsewhere. Symptoms of lung cancer include; a cough that doesn’t go away, bone pain, headache, chest pain, shortness of breath, coughing up blood, and wheezing. If you think you may have any of these symptoms, please call your primary care physician.

Tips on How to Quit Smoking

Millions of people have been successful in kicking their habit. Some ways to quit smoking are to quit cold turkey, which is generally not recommended. Some people intermittently reduce the number of cigarettes smoked a day until it goes down to 0. People tend to replace their addiction with exercise or a new hobby.