Andrew Jones: From Body Building to Building Back His Life After Heart Transplant 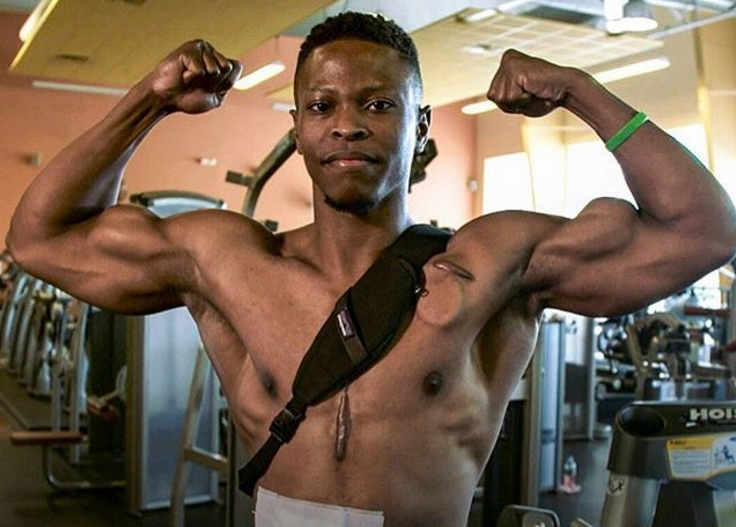 Andrew Jones: From Body Building to Building Back His Life After Heart Transplant

Scientists and biomedical researchers help to solve medical ailments every day, but for some, the fundamental problem cannot be solved by ingenuity and innovation, but by the generosity of other humans. Scientists have still not found a way to replicate blood or organs. The reality of those who desperately need organ transplants is one where demand is too high, and supply is too low. Scientists are getting close to switching the functions of stem cells to multiply and potentially to grow organs and organ systems, but that has been under religious and technological scrutiny. Common practice for transplant patients is to wait for a donor organ and undergo multiple procedures. The reality is that at any moment anyone can get sick.

Andrew Jones, 26, is a professional body builder, and the curator of AJFitness. A few years ago, Jones was on a run and started having trouble breathing. Doctors diagnosed Jones with Cardiomyopathy. The Mayo Clinic defines Cardiomyopathy as “the condition where the heart muscle is abnormal. It makes it harder for your heart to pump and deliver blood to the rest of your body.” The seemingly unfair question everyone in the community was asking, is how does something so severe, happen to someone at the peak of bodily excellence? Jones admits that, “when I was diagnosed I was in denial because it didn’t make sense that someone who takes care of their body would contract such a lethal disease.” Jones had to undergo multiple procedures and carry an LVAD, a left ventricular assist device. Stanford Health Care defines this as “a battery-operated, mechanical pump which then helps the left ventricle pump blood to the rest of the body,” and is implanted in patients that are at end-stage heart failure. Jones’ medical device was from Heartware/Medtronic.

Jones returned to regular work outs, but now had to carry his device in a backpack. He needed to make sure to charge it, and essentially had to carry a ‘mechanical heart’ around at all times. Becoming an inspiration to so many, Jones created the Foundation, Hearts At Large.

Jones started Hearts At Large because, “I knew my condition was bad, but I also recognized how blessed I am. There are others who don’t have the support like I do. So, I saw that I was still healthy enough to contribute, so that’s why I started the Hearts At Large Foundation.” Jones speaks at schools, institutions, and was recently invited to share his story at the Medtronic Holiday Program. Jones has been featured in, Men’s Health, The Doctors, and become a national and international social media sensation.

On September 20, 2016, Jones received the miracle phone call that he had to rush to the hospital because his donor heart was ready for implementation. After a successful procedure, and recuperation, Jones showed back up to his gym, and continued on his track of living the healthiest life he could.

Today, Jones continues weight lifting and training. Jones says, “Today, I feel better than ever! I’m back in the gym and getting my strength back and it hasn’t even been six months.” Jones was recently accepted to study for his MBA at the University of Connecticut. Jones continues to be an advocate for organ donation and fitness. More information about Hearts At Large can be found on their website, http://heartsatlarge.org/. Hearts At Large features stories about people whose lives have been affected by organ transplants. The smallest steps can lead to changed lives. Hearts At Large urges people to become educated on the transplant process, and to become registered organ donors. A donated body has the potential to save as many as 30 lives. Help to give others a chance at life by becoming an organ donor today. 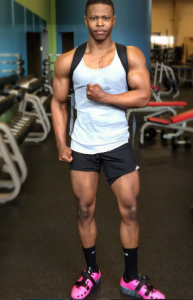 Today with His Brother, and Back in the Gym