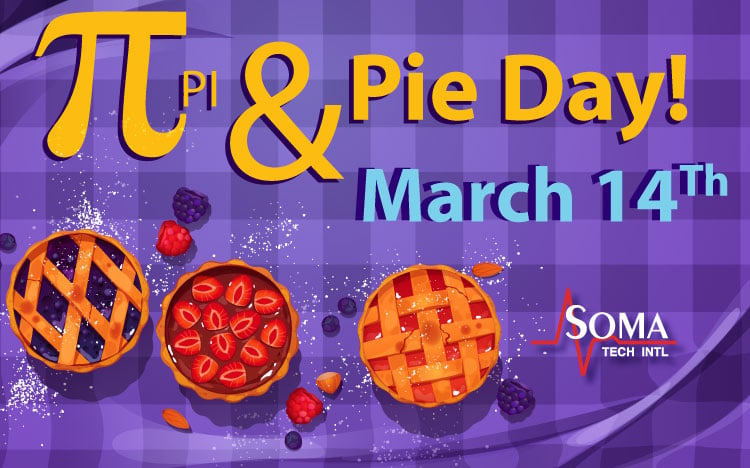 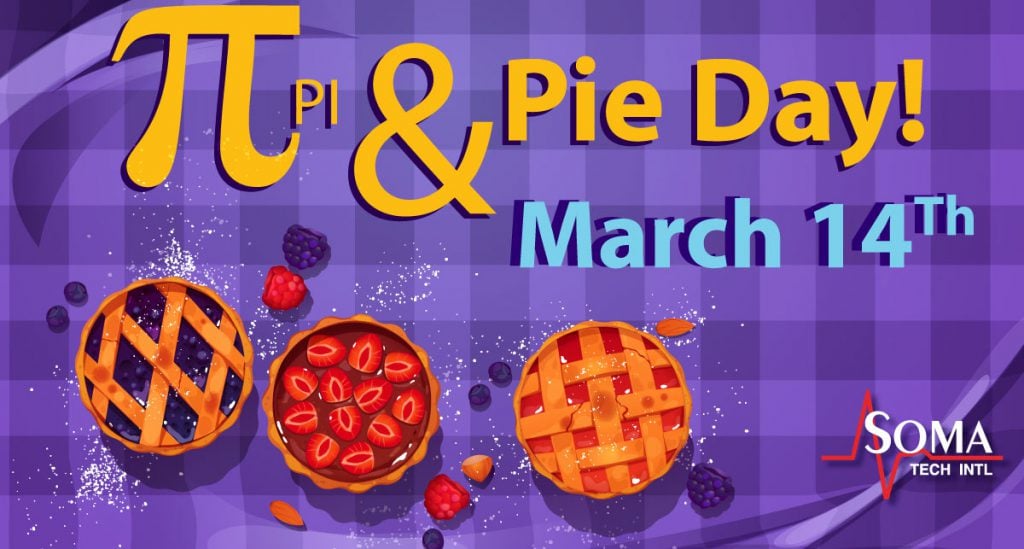 For over 30 years, March 14 has been continuously recognized as National Pi Day! Pi is the ratio of a circle’s circumference to its diameter. Regardless of how large or small the circle is, the ratio will always equal pi. Pi is an irrational number. The decimal form of pi never ends or repeats, but the most recognizable approximation of pi is 3.14. This is why we celebrate Pi Day on 3/14! This holiday has been observed in a variety of ways that include pie making, pie eating, and even pi decimal memorization contests.

In mathematics, the Greek letter “π” is the symbol used to represent the ratio between the circumference and the diameter. It’s known as a constant that never ends, never repeats, and doesn’t have a pattern. With modern computers, we have successfully calculated more than the first 50 trillion digits of pi, but we won’t bore you with that. Here are the first 100 digits of pi.

The first large gathering for a pi day celebration was founded by Larry Shaw in 1988. Shaw was an American physicist who worked at the Exploratorium which is a museum of science in San Francisco, California. Shaw is known as the “Prince of Pi” after starting the first celebrations of Pi day. The first celebration started with the eating of fruit pies. Slowly it grew to not only fruit pies, but dinner pies, and even pizzas (which are often referred to as pie). It wasn’t until 2009 that the United States House of Representatives supported the designation of March 14th as National Pi Day.

What is pi used for?

Pie is used in a wide variety of applications. It can be used to calculate the circumference, area of a circle, circular velocities, voltage across coils and capacitors, the way light moves through space, and the motion of planets in space to name a few.

Here at Soma we also celebrate Pi day by holding a pie competition. Employees make a pie and then it’s judged based on appearance and taste. The employee with the highest score wins! Here are some of the pies our employees made this year. Which pie do you think should be the winner? Let us know in the comments down below!