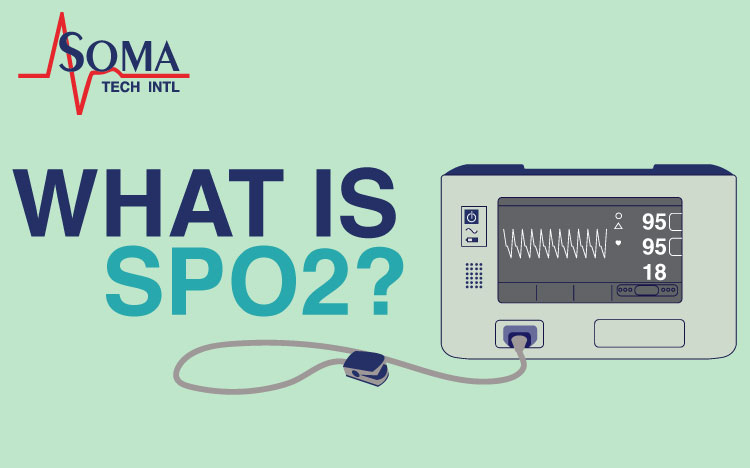 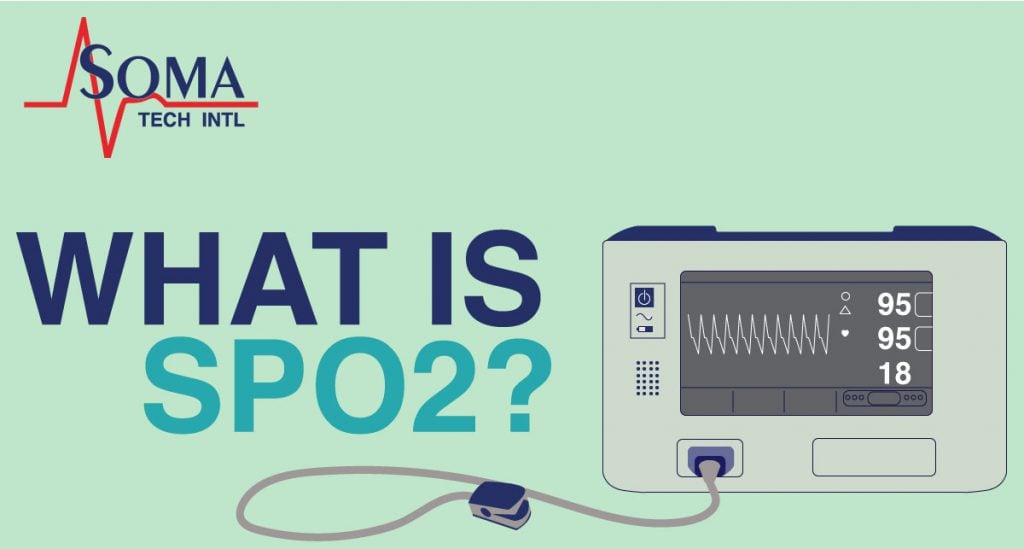 What is SpO2? (Pulse Oximetry)

Pulse oximetry, or SpO2, has been increasingly in the public eye recently as some doctors are recommending their patients diagnosed with COVID-19 monitor their SpO2 levels at home.  So it makes sense that many people are wondering for the first time, “What is this SpO2?”  Have no fear, keep on reading and we’ll walk you through just what SpO2 is and how it’s measured.

What does SpO2 mean?

What is The Normal SpO2 level? What Level of SpO2 is Dangerous?

Healthy adults will generally have 95% – 99% blood saturation while any reading below 89% would typically be cause for concern.

Pulse oximetry uses a device called a pulse oximeter to measure the amount of oxygen in your red blood cells.  The device will display your SpO2 as a percentage.  People who have lung issues such as chronic obstructive pulmonary disease (COPD), asthma, or pneumonia or people who temporarily stop breathing during sleep (sleep apnea) may be more likely to have lower SpO2 levels.  Pulse oximetry’s ability to provide an early warning for many lung-related issues is why some clinicians are recommending their COVID-19 patients periodically monitor their SpO2.  More generally, clinicians frequently measure patients’ SpO2 during simple checkups because it is a fast, easy way to flag potential health concerns or rule out others.

When was Pulse Oximetry First Used?

While it had been known beginning in the 1860s that hemoglobin was the component of blood that transported oxygen throughout the body, it would be another seventy years before anyone was able to put this knowledge to direct use in humans.  It was in 1939 when Karl Matthes developed the forerunner of modern pulse oximeters when he created a device that used red and infrared light to continuously measure oxygen saturation levels in a person’s ear.  The first practical use of this technology was developed by Glenn Millikan during World War II.  To address the problem of pilots blacking out during high altitude maneuvers, he connected an ear oximeter (a term he created) to a system that would supply oxygen directly into the pilot’s mask whenever their oxygen readings dropped too low.  In the following two decades oximetry began to move outside of the laboratory and into clinical settings, culminating with the invention in 1964 of an eight wavelength ear oximeter which, being bulky and expensive, was primarily confined to sleep laboratories or pulmonary studies.

The first true pulse oximeter was invented in 1972 by Takuo Aoyagi, a bioengineer for Nihon Kohden, who was attempting to use an ear oximeter to track the dilution of dye in order to measure cardiac output.  When trying to find a way to combat the signal artifact created by the subject’s pulse, he realized that the noise created by the pulse was due solely to the change in arterial blood flow.  After several years of work he was able to develop a two-wavelength device that made use of the changes in arterial blood flow to more accurately measure oxygen absorption in the blood.  The first usable clinical version was developed from this technology by Susumu Nakajima and was tested on patients beginning in 1975.  However, it wasn’t until the early 1980s that Biox released the first commercially successful pulse oximeter for the respiratory care market.  By 1982, Biox was receiving reports that their devices were being used to measure oxygen saturation in anesthetized patients during surgery and the company quickly pivoted and began developing products specifically designed for use by anesthesiologists.  The utility of measuring SpO2 during surgery was quickly recognized and in 1986 the American Society of Anesthesiologists adopted intraoperative pulse oximetry as part of their standard of care.  Following this development, pulse oximetry spread through other hospital departments, especially with the release of the first self-contained fingertip pulse oximeter in 1995.  From then on pulse oximetry has continued to be used in more and more healthcare settings up to the present day where even a routine doctor’s office visit will include will often include a quick SpO2 measurement.

Which Types of Devices can Measure SpO2?

Generally speaking, there are three types of devices medical professionals use to measure a patient’s SpO2:  a multipurpose, or multiparameter, patient monitor, a bedside or handheld pulse oximeter, or a fingertip spot-check pulse oximeter.  The first two categories of monitor are able to continuously measure the patient and generally can display or print a graph of their oxygen saturation over time.  Whereas the spot-check oximeter is designed primarily to take a snapshot recording of the patient’s saturation at a particular moment in time, so these are primarily used during checkups in clinics or doctor’s offices.

Multiparameter monitors can include devices such as the GE CARESCAPE B650.

Bedside monitors include the Masimo Radical-7.

Finally, this last category spot-check monitors, that are not sold by Soma Tech Int are manufactured by many companies and generally look like this:

How can Soma Help?

Soma Tech maintains a constant stock of continuous SpO2 measurement devices for medical professionals from full-featured patient monitors to bedside pulse oximeters to small handheld devices.  As a vendor-neutral supplier, we are able to help our hospital, surgery center or clinic customers consider their options among many models and manufacturers so contact your dedicated sales rep to learn which model would work best for your facility!