When do Babies Develop Fingerprints? 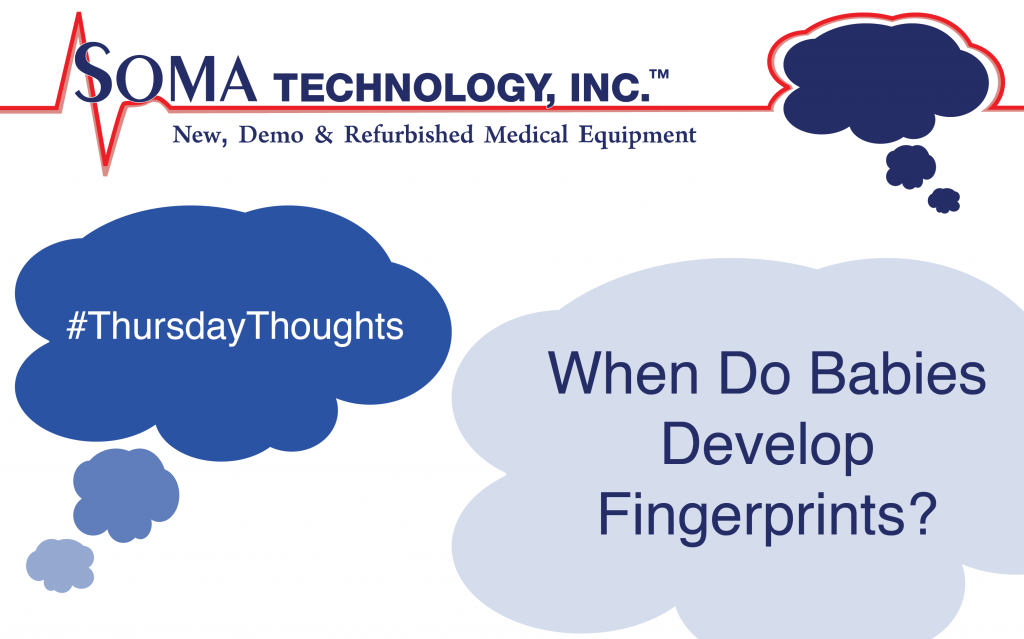 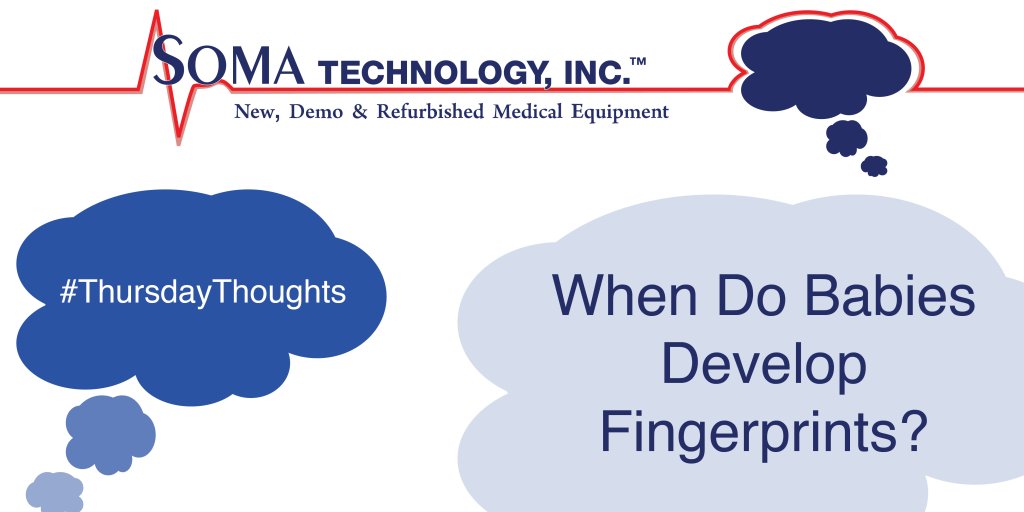 Fingerprints are commonly used to identify an individual. Each fingerprint develops in phases as a fetus grows in the womb. Each print forms a unique pattern of ridges, arches, whorls, and loops. Some research also suggests that fingerprints could provide information about future diseases an individual may be at risk for. But when do fingerprints actually start forming?

The development of pads on the fingertips and palms marks the threshold for fingerprint development. Pads start forming during the second and third months of pregnancy. When this starts happening, the fetuses can be between 1 and 3.5-inches in size. The growth rate and placement of the pads on the fetus determine where the future identifying fingerprint ridges, arches, whorls, and loops will be placed. Keep reading to learn more!

During the third and fourth months of gestation, the skin of the fetus starts as a thin transparency layer and transforms into a waxy coating. During this time, the middle layer of skin, the basal layer, begins to outgrow the inner dermis and epidermis. The buckling and folding of this skin layer are partially responsible for the unique markings on the pads on the fingertips.

Ridges are the first identifying marks that occur on a fetus’s skin. They are the faint lines on the fingertips that create a foundation of the fingerprint. The fetus touching surrounding structures, their exact position in the womb and the density of the amniotic fluid determine how every individual ridge will form. The level of activity of a fetus and the general chaos from inside the womb prevent fingerprints from developing the same way for every fetus.

6 months in the fetus is about  12-inches in size and its fingerprints and footprints are fully developed. The ridges on a fetus’s fingertips have formed three main patterns. They are identified as arches, loops, and whorls, with numerous patterns in between. These patterns are found on the fingertips, palms, and soles and primarily used to grasp objects.

Ridge patterns share two common characteristics found in every fingerprint; ridge end and bifurcation. The sequences of ridge end and bifurcation characteristics are different in every single fingerprint. A ridge end consists of a ridge that ends abruptly. Bifurcation is created by a single ridge that forks in two and continues on as separate ridges. These ridges may be characterized as a genetic roadmap for the predisposition of certain diseases. So far, researchers have found that people with diabetes that a much higher ridge count than those with normal glucose tolerance.

Are your fingerprints similar to your parents?

Glenn Langenburg, a certified latent print examiner at the Minnesota Bureau of Criminal Apprehension explains that yes, there is an inheritable quality to fingerprints. Pattern types are often genetically inherited, but the individual details that make a fingerprint unique are not. Early pioneers in the field of dermatoglyphics demonstrated a strong correlation between the inheritance of fingerprint patterns and the overall size, shape, and spacing of the ridges. The identifying ridge features, however, are not inheritable, making every fingerprint unique. Why are patterns inherited but not he identifying ridge features? The reason lies in the timing of fetal development. Two critical events in the formation of friction ridge skin collide during weeks ten through fifteen. Fetuses develop smooth volar pads which are raised pads on the fingers, palms, and feet They develop these smooth pads because of swelling mesenchymal tissues which is a precursor of blood vessels and connective tissues. Around week 10, the volar pads stop growing but the hand continues to grow. The pads are absorbed back into the hand where the ridges begin to appear.

Do you have a Loop, Whorl or Arch fingerprint?

Use the picture to identify your finger pattern, and comment below!