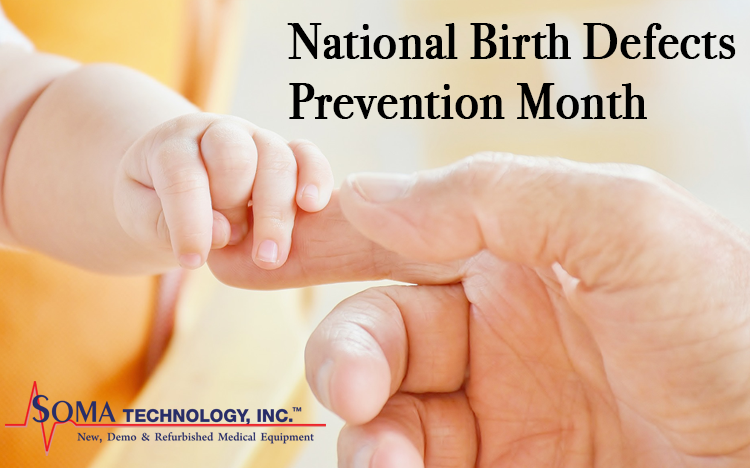 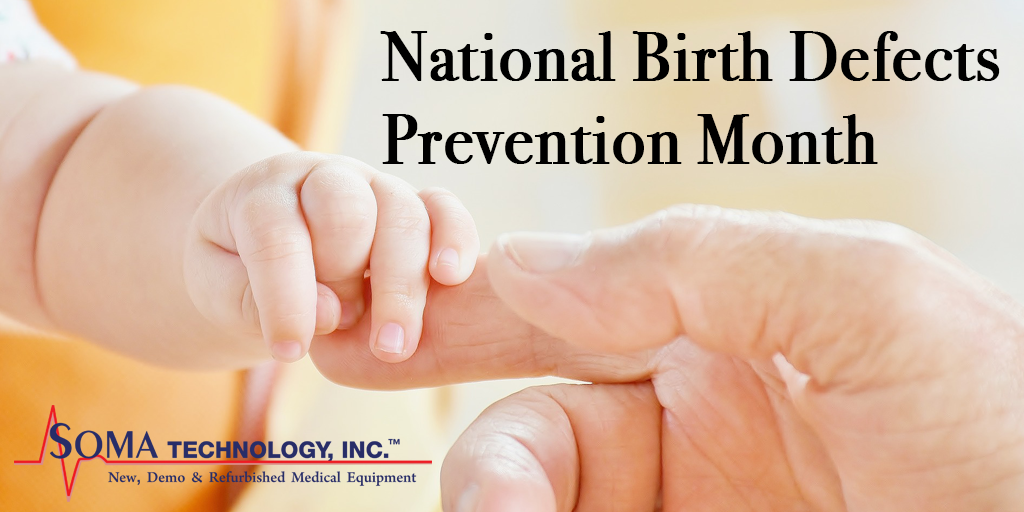 What are Birth Defects?

January is National Birth Defect Month. We are taking the time to recognize a slew of birth defects, and how they affect the people who have them. A birth defect is a structural change to the babies’ body that occurs before birth, during birth or shortly after. These can affect almost any part of the body, anything from the brain to the foot and can be mild to severe depending on what is affected. Most birth defects can be found in the first year of life.

Oftentimes birth defects are hereditary and uncontrollable. There are some lifestyle changes that are linked to birth defects including, alcohol, tobacco, and drugs used during pregnancy. Sometimes, like in the cases of people in Japan during World War ll, the radiation from the atomic bombs have changed the phenotypes of fetuses, and result in babies with extra or missing extremities. This is why places such as Chernobyl with high levels of radiation, are strongly advised not to visit. Not even limited to birth defects, these intense areas cause cancer as well.

Genetic testing while pregnant is available and highly encouraged. Some people decline due to religious reasons, but most people have the testing performed. According to the American College of Obstetricians and Gynecologists, “First-trimester screening includes a test of the pregnant woman’s blood and an ultrasound exam. Both tests usually are performed together and are done between 10 weeks and 13 weeks of pregnancy. The blood test measures the level of two substances. The ultrasound exam, called a nuchal translucency screening, measures the thickness of a space at the back of the fetus’s neck. An abnormal measurement means there is an increased risk that the fetus has Down Syndrome or another type of aneuploidy. It also is linked to physical defects of the heart, abdominal wall, and skeleton. Second-trimester screening includes the following tests: The “quad” or “quadruple” blood test measures the levels of four different substances in your blood. The quad test screens for Down Syndrome, trisomy 18, and neural tube defects. It is done between 15 weeks and 22 weeks of pregnancy. Ultrasound exams done between 18 weeks and 20 weeks of pregnancy checks for major physical defects in the brain and spine, facial features, abdomen, heart, and limbs.”

Congenital Heart Disease occurs when a baby is born with structural abnormalities within their heart. They may have a hole in their heart, valve defects, blood leaking backward, muscle problems, and poor connections between blood vessels. The Mayo Clinic describes these symptoms as, “pale blue or grey skin, rapid breathing, swelling of the legs, abdomen, around the eyes, shortness of breath during feeds, leading to poor weight gain.” If you think your baby has any of these symptoms or any of the birth defects described in this article, please seek immediate medical attention.

Down Syndrome is one of the most common, and widely recognized birth defects on this list. During cellular replication, an extra 18 chromosome is copied, so a baby is born with three Chromosome 18s. The severity of Down Syndrome can vary. Down Syndrome can also come with severe congenital heart disease, language difficulty, and mental debilitation. Some people with Down Syndrome end up leading very productive lives, including having their own families, jobs, and this inspirational story of this pageant winner.  Children with Down Syndrome are almost immediately diagnosed, and there are many support groups for connecting families to talk about Down Syndrome and how it affects their dynamic.

A Cleft Palate is a physical deformity where the upper lip is split, or doesn’t completely close, leaving a gap between the nose, and the top lip. This is one of the more easily diagnosable, and fixable birth defects. This can be corrected by simple surgeries. After this gap is closed, babies can continue leading normal lives in terms of eating, swallowing, and speaking. This procedure leaves a scar on the child, and they may feel socially different. It is important to reduce the stigma of having a birth defect and to let the child know that their well-being is more important than social stress.

Spina Bifida is characterized by a poorly formed spinal chord. The Mayo Clinic describes this as, ”

“Occulta” means hidden. The mildest form, spina bifida occulta results in a small separation or gap in one or more of the bones of the spine (vertebrae). Many people who have spina bifida occulta don’t even know it, unless the condition is discovered during an imaging test done for unrelated reasons.”

In a form of spina bifida called meningocele, the protective membranes around the spinal cord (meninges) push out through the opening in the vertebrae, forming a sac filled with fluid. But this sac doesn’t include the spinal cord, so nerve damage is less likely, though later complications are possible.

Also known as open spina bifida, myelomeningocele is the most severe form. The spinal canal is open along several vertebrae in the lower or middle back. The membranes and spinal nerves push through this opening at birth, forming a sac on the baby’s back, typically exposing tissues and nerves. This makes the baby prone to life-threatening infections.”

Turner syndrome is a condition where only one of the “x” chromosomes is transmitted.  This means that only women are affected. The Mayo Clinic lists that Turner Syndrome, “may vary among girls and women with the disorder. For some girls, the presence of Turner syndrome may not be readily apparent, but in other girls, a number of physical features and poor growth are apparent early. Signs and symptoms can be subtle, developing slowly over time, or significant, such as heart defects.” These symptoms include, “slowed growth, cardiac defects, receding jaw, short fingers and toes, failure to begin puberty, inability to conceive, short height, and an early end to menstrual cycles.” Turner Syndrome can be counteracted with growth hormones, estrogen therapy, and fertility treatment.

Do you know anyone who has these diseases? Tell us their story in the comment section below!