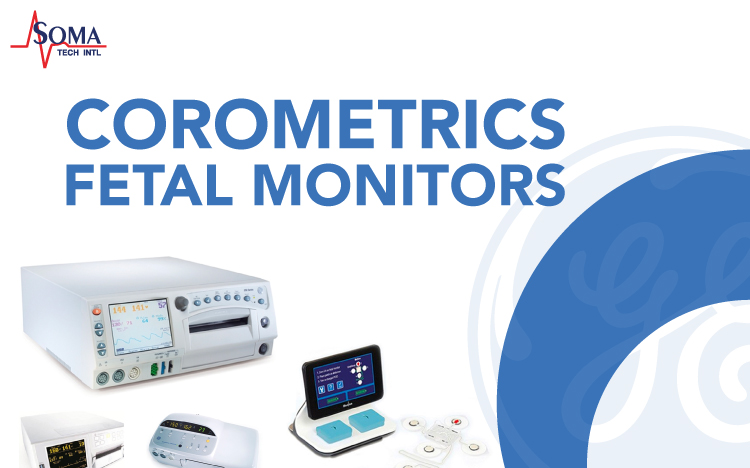 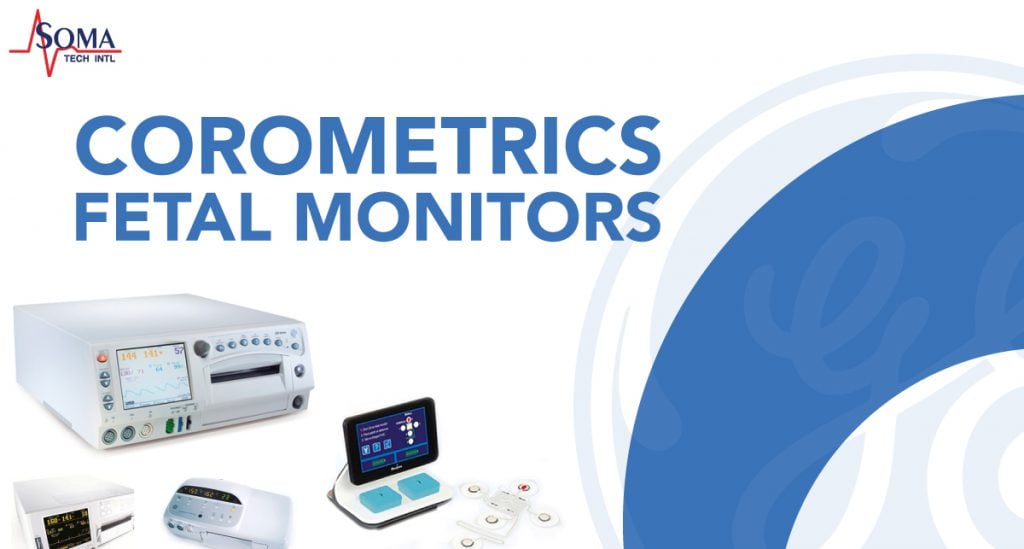 What is a Fetal Monitor?

Fetal monitoring is done to measure an unborn baby’s heart rate and rhythm and was traditionally done with a fetoscope, which is essentially a specialized version of stethoscope.  With one of these, a doctor can directly listen to the fetal heartbeat to ensure that there aren’t any abnormalities.  A healthcare provider can also use a handheld Doppler ultrasound to listen directly to the heartbeat.  For longer-duration monitoring of the fetus, electronic monitors are used which continuously track the heartrate and will be the focus of the rest of this post.  At a bare minimum, each Corometrics fetal monitor will be able to measure the fetus’s heart rate along with the frequency and duration of any contractions though many models can do more.  For example, a GE fetal monitor is designed to be used in hospitals during labor can also measure many of the mother’s vital signs:  her heart rate (electrocardiogram or ECG), pulse oximetry (SpO2), blood pressure (NIBP) and temperature.  These maternal vital signs are measured using the same methods as would be in place in any other setting:  chest electrodes (ECG), finger sensor (SpO2), arm cuff (NIBP) and thermometer. Continue Reading to learn more!

All electronic fetal monitors will be able to use external methods to measure fetal and/or maternal vital signs.  Fetal heart rate and contractions are each measured by separate belts placed on the mother’s abdomen.  The heart rate belt uses a Doppler ultrasound to measure the heart rate which is displayed as a number on the monitor.  The other belt contains a tocodynamometer (Toco) which is pressure-sensitive and measures the duration and frequency of contractions.  External monitoring can be used both before and during labor.

Meanwhile, internal monitoring can only be used during labor, once the mother’s water breaks and her cervix dilates.  This method is generally only employed if a pregnancy is considered high risk or if the doctor wants to get a more accurate reading than can be supplied via external measurement.  Here, an electrode is placed on the part of the fetus which is closest to the cervix, usually the scalp.  This allows the care team to get a more accurate reading of the fetal heart rate, as the electrode is now measuring directly from the fetus, as well as a full ECG waveform which allows for more detailed interpretation.  Likewise, contractions can also be monitored internally via an intrauterine pressure catheter (IUPC) which can now measure not only the frequency and length of contractions but also their intensity.

In the United States, the two primary manufacturers of fetal monitors are GE and Philips, with GE fetal monitors being significantly more popular so the rest of this post will focus on GE’s current line of monitoring solutions.

The most popular models designed to be used in hospitals are the GE Corometrics 250 Series:  the 256cx which is only a Corometrics fetal monitor and the 259cx which can measure both fetal and maternal vital signs.  As it can measure so much more, the 259cx is likewise much more frequently requested by facilities.  The 259cx is able to measure fetal heart rate, including a waveform, contractions, maternal SpO2, maternal ECG, maternal NIBP, and maternal temperature.  This monitor allows healthcare workers to measure the fetal heart rate for twin pregnancies as the transducer allows for both heart rates to be heard at the same time.  As the 259cx was designed to be used in hospitals, it also has the ability to measure fetal heart rate and contractions internally.

The GE 170 series Corometrics fetal monitors are more streamlined than the 250 series, so they are able to be used in facilities ranging from physician’s offices to clinics to hospitals.  However, it is important to note that these monitors are not able to provide internal monitoring, so they are best utilized for check-ups and routine pregnancies.  The two models in the series are the 171 and 172, the only difference being that the 172 is able to simultaneously monitor twins while the 171 is for single pregnancies.  The 170 series measures both fetal heart rate and Toco, though they are not able to digitally display graphs; instead, if the clinician desires a graph of the fetal heart rate they will need to print it out and study it on the paper printout.  These models also differ from the 250 series in that they cannot measure maternal vitals and focus exclusively on the fetus.

The newest GE fetal monitoring solution from GE is the Novii wireless patch system.  As it is an exclusively external monitor, it is designed to be used primarily with low-risk pregnancies.  The system is composed of three components:  the Novii Patch, the Novii Interface and the Novii Pod.  The Novii Patch is a single-use electrode which is stuck to the woman’s abdomen and directly picks up the electrical signals through her skin.  Those signals are then transferred to the Novii Pod, a reusable piece that is magnetically connected to the Novii Patch, which filters and processes the data and transmits it via Bluetooth to the Novii Interface.  The Interface then inputs the data into a connected 259cx Corometrics fetal monitor and also has two charging bays for the Novii Pod.  Because the patch is able to wirelessly transmit its data, patients are able to remain mobile, and even bathe, once labor has begun while still being under the watchful eye of their care team.  Unlike other fetal monitors discussed above, the Novii system directly acquires both the fetal and maternal ECG via the patch without using Doppler ultrasound, allowing for greater ease of differentiation between the maternal and fetal ECGs.  Additionally, Novii detects contractions by measuring electromyogram (EMG) signals from the uterine muscle rather than using Toco.

How can Soma Help?

Soma Tech maintains a constant stock of all types of fetal monitors from multiple manufacturers.  In addition to fetal monitors, we also are experts on incubators, infant warmers, and other equipment for NICU or labor and delivery departments.  As a vendor-neutral supplier, we are able to help our customers consider their options among many models and manufacturers so contact your dedicated sales rep to learn which model would work best for your facility!