Neonatal Incubator – What is it? 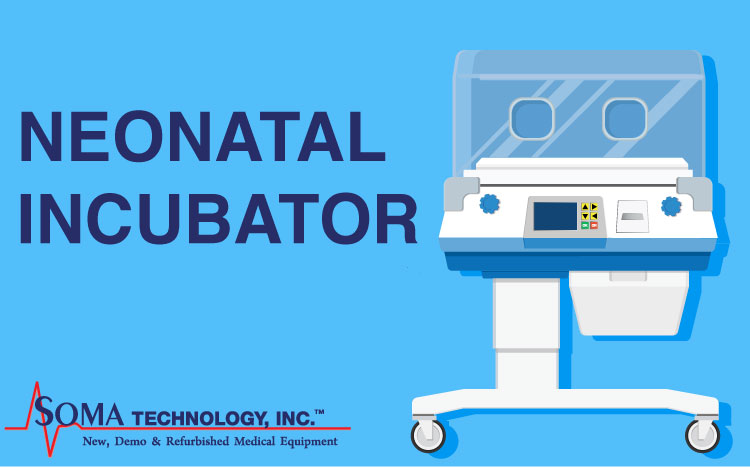 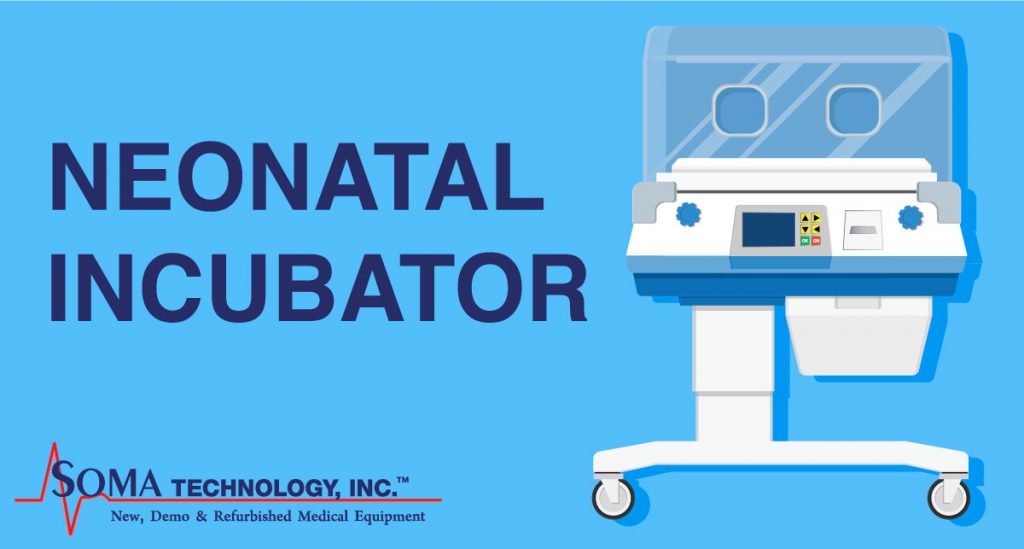 A neonatal incubator is primarily used to maintain the body temperature of newborns. Along with helping the body temperature of newborns, neonatal incubators can also control oxygen levels and humidity in the air the infant breathes. Most of the newer model incubators have features that allow the visualization of graphical data to accurately depict the temperature, humidity, and oxygen levels. If your facility has a neonatal incubator, it is important to be on a regular PM schedule. Preventative maintenance is crucial for incubators. Servo-controlled oxygen and humidity delivery systems typically require special calibrations based on the manufacturer’s recommendations. Poorly maintained infant incubators can result in hazardous environments for the infant.

Some infant incubators double as both an incubator and a radiant warmer. For example, the Giraffe OmniBed can be utilized as a radiant warmer that evenly heats the infant’s mattress with a curved reflector surface that is designed to distribute heat to the baby, and the surface of the mattress without over warming the caregivers beside the unit. When needed, within seconds, the OmniBed can transform into a double-walled neonatal incubator. This combines two traditional infant care products into one device. Keep reading to learn more about incubators!

History of the Neonatal Incubator

Premature births were one of the highest causes of infant mortality. In 1925, 36% of all infant deaths were due to premature birth. Dr. Martin A Couney was a pediatrician and a leader in the neonatology field. Dr. Couney’s own daughter was born premature but ended up living to adulthood under her father’s care. Dr. Couney faced much skepticism after inventing the neonatal incubator from medical professionals who did not believe his methods would work. Banks were unwilling to finance the production of incubators believing that hospitals would not purchase the devices.

Dr. Couney opened an exhibit of premature infants in incubators at the 1896 Berlin exposition. His exhibit was not only to demonstrate that his method of treating premature infants worked, but also to find a way to fund his new technology by charging admission fees. Dr. Couney was able to rehabilitate 90% of premature infants placed in his care which at this time was a remarkable advancement in neonatal care.

These first incubators were larhe units for their time. Each individual incubator was more than 5 feet tall and made of steel and glass. A water boiler on the outside of the unit pushed hot water through pipes under the bed where the babies would lay. This incubator had a thermostat that regulated the incubator to a certain temperature. Another pipe blew fresh air from outside into the chamber of the incubator. The air passed through a series of filters that took out major impurities from the air.

With many technological advancements over the past 100 years, incubators have gotten more sophisticated. Today, incubators run on the same basic principles as the first incubators created by Dr. Couney, but monitor vitals, are more efficient, and offer much more needed neonatal support. Along with keeping infants warm and offering fresh oxygen, incubators can be equipped with humidifiers, neonatal ventilators, scales, backup batteries, and more. Every year incubator manufacturers come out with new units that help monitor and control the environment better, which makes it easier for healthcare professionals to spend more time with the patient rather than making sure the equipment is set up right.

Why are Neonatal Incubators Important?

Babies with serious health problems or who are born prematurely stay in a Neonatal Intensive Care Unit (NICU) and receive special care before being released from the hospital. The NICU has a wide variety of equipment that helps monitor and assist the baby’s health. Incubators are one of the most valuable and widely used pieces of equipment in the NICU. Newborns and especially premature newborns are prone to hypothermia because they have difficulty regulating their own body temperature. Their bodies don’t have a lot of fat to help protect them from the cold environment. Hypothermia itself can lead to a whole slew of complications such as difficulty breathing, hypoglycemia, and low tissue oxygen. To help fight hypothermia, incubators maintain the infant’s body temperature at an optimal range, thus preventing hypothermia.

Optimal body temperature is not the only thing incubators offer. Most modern incubators also provide the humidity that helps maintain the integrity of the infant’s skin. Both the temperature and humidity help create a controlled and ideal environment. Noise also plays a big role in the NICU. Incubators help tune out the noise from monitors, machines, and commotion. Loud noises can increase sleep interruptions and unnecessary stress. Shielding the noise allows the infant to continue developing.

As you can see, the neonatal incubator has been a lifesaver over the last 100 years. It has helped many infants survive and get the treatment and care they deserved. Do you know if you were put in an incubator after birth? Are you a healthcare professional? Do you work with incubators every day? Soma Technology, Inc. prides ourself on only selling the best neonatal incubators from top manufacturers like GE and Drager. Have you used any Drager Incubators or GE Incubators? Is your facility interested in any other NICU equipment? Comment below!