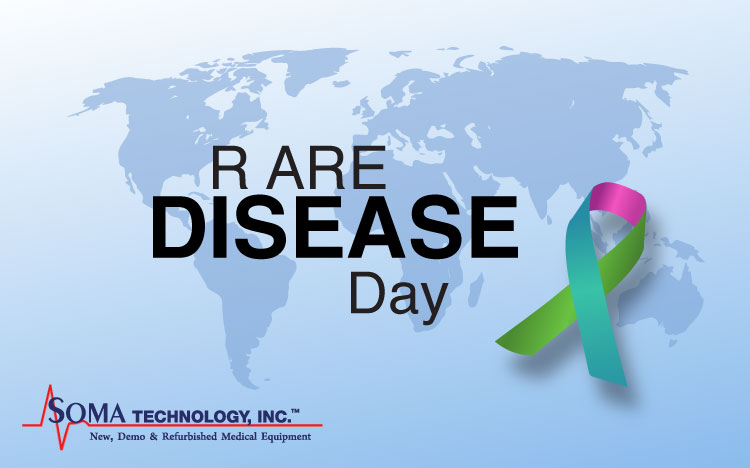 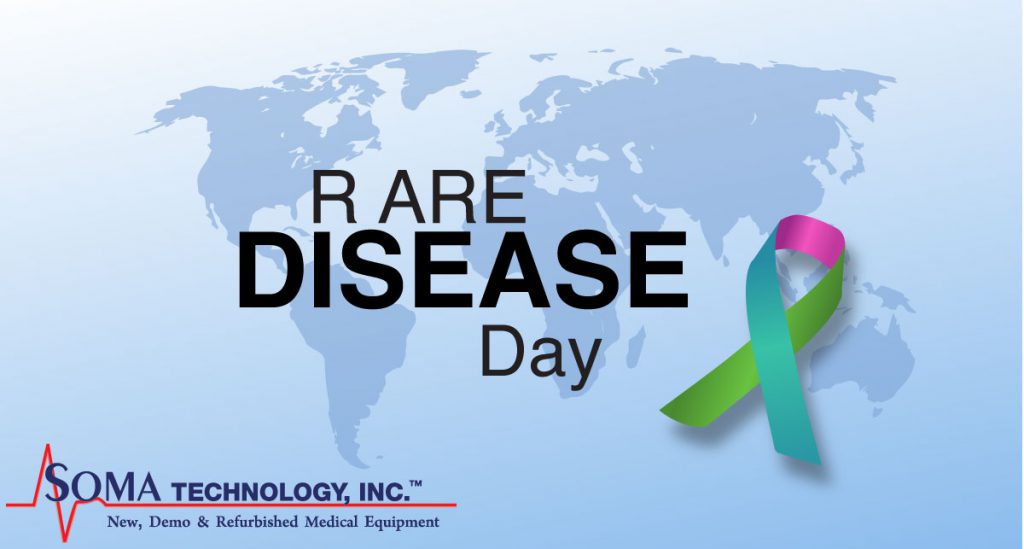 Today is rare disease day. Did you know that rare diseases account for about 25 million cases of people in the United States? Chances are you know someone who has had one of these diseases because there is about 7,000 types of diseases that one can get. These can be a combination of genetics, autoimmune issues or carcinogens. Continue reading about some  different rare diseases.

Cystic fibrosis is one of the more well known rare diseases. CF mostly commonly affects people of European decent. It is a genetic disorder that is a chronic inflammation of the lungs. The overproduction of mucus becomes stuck in passageways and the lungs become filled with fluid. Over time, it becomes incredibly hard to breathe. Most people with cystic fibrosis will not live past middle age.

Conjoined twins are exactly what it sounds like, and almost everyone has seen pictures of this. This is when there are twins in the fetus that never completely separated during mitosis, or cellular division. They share at least one body part. There is surgery to separate them depending on what organs are shared. When a major organ such as the heart or brain is shared, it is nearly impossible to separate them without serious complications.

Danon disease is the eventual weakening of the cardiac muscles, and skeletal muscles. Intellectual disabilities are very common. This disease commonly occurs in males. There are no statistics on how often this disease appears in the general population. This genetic disorder is carried on the X chromosome.

Ewing’s Sarcoma is a very rare type of aggressive cancer. This tumor grown in the soft tissue within bones. This is one of the more treatable diseases on our rare disease list. People with Ewing’s usually get symptoms between childhood, adolescence and their teen years. Symptoms include pain in area, weight loss, broken bone, bone pain, and fever. This is not an inherited cancer. To properly diagnose, a biopsy of tissue may be sampled. The variety of treatment options include chemotherapy, surgery, radiation, and trials. With any disease, a support system of family or friends is one of the best ways to get better.

Nelson’s Syndrome is a disease in which the thyroid secreted abnormal amounts of hormones and is responsible for large invasive growths. The symptoms include headaches, skin discoloration or pigmentation, change in eyesight, enlarged pituitary glands, and high hormone levels. This may happen when people have their adrenal glands removed for Cushing disease.

Progeria is known as Hutchinson-Gilford Progeria Syndrome. This is when children start to rapidly age while a baby. This would be described as the reverse Benjamin Button disorder. Symptoms include hair loss, visible veins, narrow face, below average height and weight, large head, high-pitched voice, and large eyes and eyelids. Most of these children will not live to be 13, but some can live to be 20.

This disease comes with a myriad amount of health problems. These include hearing loss, abnormal teeth, stiff joints, cardiovascular disease, loss of muscle and fat, and insulin resistance. You may have seen these children on The Learning Channel.

Spina bifida is a birth defect where the spine and spinal cord are not correctly formed. The neural tube fails to close and causes defects in the spinal bones. The severity can vastly differ between patients. For pregnant women, there are some risks that may increase the incidence of spina bifida in babies. These factors include obesity, medications, diabetes, and folate deficiency. Spina bifida can cause a slew of problems including mobility and walking issues, shunt malfunction, fluid in the brain, bowel and bladder issues, tethered spinal cord, skin issues, and breathing. Folic acid may be a preventative measure for expecting mothers.

An ultrasound may show if there is spina bifida, or higher AFP levels than normal in the amniotic fluid. Depending on how severe this ailment is, will depend on how normal of a childhood the baby will have. Usual treatments include surgery, walking aids, and treatment of the other conditions that are implicated.

Tay-Sachs is a genetic disorder that destroys nerve cells in the brain and spinal cord. This disease happens most commonly in those of Ashkenazi Jewish heritage, French-Canadian, Amish, and Cajun peoples. Tay-Sachs can be found at any age but is usually found in infants.

This disease happens when there is a mutation on the HEXA gene and is inherited on the recessive genes. Symptoms include seizures, loss of sight and hearing, muscle weakness, loss of motor skills and exaggerated reactions to loud noises. Unfortunately, there is no cure for this disorder. If this disease is found in children, there is a large chance that the child will die.

Xeroderma Pigmentosum is a genetic disorder in which the DNA is quickly damaged through ultraviolet rays. These children cannot be exposed to any sunlight. A severe sunburn will happen with little exposure to light. The symptoms of XP include scaly skin, dry skin, sensitive eyes, blistering of the skin, spider veins, freckles, skin cancer, and dark spots.

This is a recessively inherited disorder. The increase populations with XP include Japanese, Algerian, Tunisian, Egyptian and Middle Eastern peoples. The people who have XP are usually in artificial lighted environments, and likely do not go outside. Eventually, they are likely to have neurological conditions.