What is World No Tobacco Day? 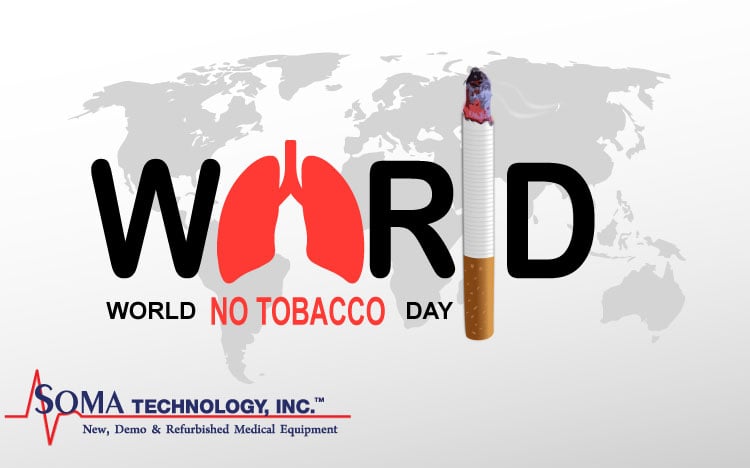 What is World No Tobacco Day?

World No Tobacco Day is today, and it is exactly what the title suggests. Today is a day to raise awareness for the long held knowledge that tobacco causes insurmountable damage to the human body. Every year, over seven million people in the world die from complications associated with tobacco usage. Click to read more about how to educate yourself and others to raise awareness to stop the consumption of tobacco.

What is the History of Tobacco?

Tobacco has been growing in the Americas since around 6,000 BC. It was farmed for medicinal and religious practices. The Spanish conquistadores of the 16th century introduced tobacco to Europe. Europeans would smoke tobacco in pipes. The Revolutionary War saw an increase in those who smoked tobacco. In 1847, the tobacco giant Philip Morris was established which is still today considered the juggernaut of big tobacco companies.

Since the latter half of the 20th century, the American government has been launching campaigns to end the use of tobacco. Around the world, other countries are demanding taxes on the sale of cigarettes, limited amount of advertising, and graphic pictures and text placed on all cigarette cartons as warnings to the risk of the general population.

What Are the Dangers Associated with Tobacco?

There are many dangers associated with tobacco that scientists and health professionals have known about for centuries. The addictiveness of nicotine has also been studied since the 1700s. It has been associated with burning of the lining of the lungs, and with cancer. Tobacco can cause complications and diseases such as COPD, lung cancer, strokes, aneurysms, ectopic pregnancy, arthritis, and many more. In the United States, 500,000 people die from tobacco related illness each year.

What Happens If I Have Already Quit Smoking?

If you have already quit smoking you are on your way to a healthier lifestyle. People who have quit smoking in exchange for vaping or chewing tobacco still have the same risk of disease as those who do smoke. When you quit smoking, it takes your body close to 15 years to generate healthy cardiac and lung tissues to that of a nonsmoker. After only a few hours of not smoking, your heart rate will return to normal. After 12 hours, carbon monoxide levels will be normal. 24 hours after your last cigarette, the risk of heart attack is decreased. After 5 years of not smoking, your blood vessels will return to normal size.

Did you know that tobacco causes many different health problems? Have you ever been a smoker? Do you know anyone who has been a smoker but not has a healthy lifestyle? Comment below!