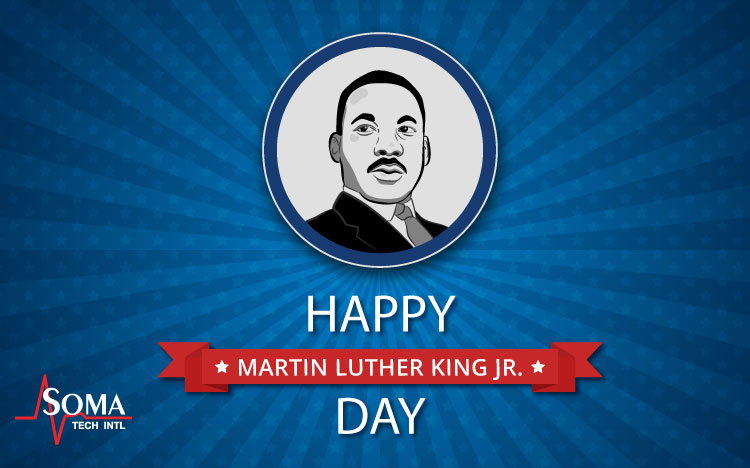 Dr. King advocated for nonviolent resistance to overcome injustice as a means of lifting racial oppression. He created change with organized sit-ins, marches, and peaceful demonstrations that highlighted issues of inequality. His peaceful struggle against racial discrimination garnered national attention in 1955 when he led a boycott protesting segregation on buses. He was then jailed and physically attacked for his vocalness on the issue, and his house was even bombed as he began receiving threats on his and his family’s lives.

I HAVE A DREAM ADDRESS

It wasn’t until 1956 that the Supreme Court deemed such segregationist laws unconstitutional. In 1963, King delivered the famous “I Have A Dream” speech to a crowd of over 250,000 on the National Mall in Washington D.C.

In October 1964, he became the youngest man, at age 35, to win the Nobel Peace Prize for his continued fighting on achieving racial equality. He followed in the footsteps of his grandfather and father by entering the ministry to become a Baptist minister. On April 4, 1968, at the age of 39, he was assassinated in Memphis, Tennessee as he stood on the balcony of his hotel. Dr. King traveled to Memphis, Tennessee to lead a march in support of striking sanitation workers.

HOW DID MLK DAY BECOME A HOLIDAY?

Trade unions led the campaign for the federal holiday after the bill was first introduced and subsequently endorsed in. After musician Stevie Wonder came out with his single “Happy Birthday” in honor of King, a petition to make the holiday on the federal level garnered more than six million signatures. The holiday was first observed in 1986 and became a federal holiday in 2000.

We must acknowledge that we do not live in an oasis of complete freedom and justice. The fact remains that racism and racial inequality are still very much a part of our reality. We must harness the power of our words and actions to unite one another to obtain the dream!
January 17, 2022