Are There Animals That Live Longer Than Humans? 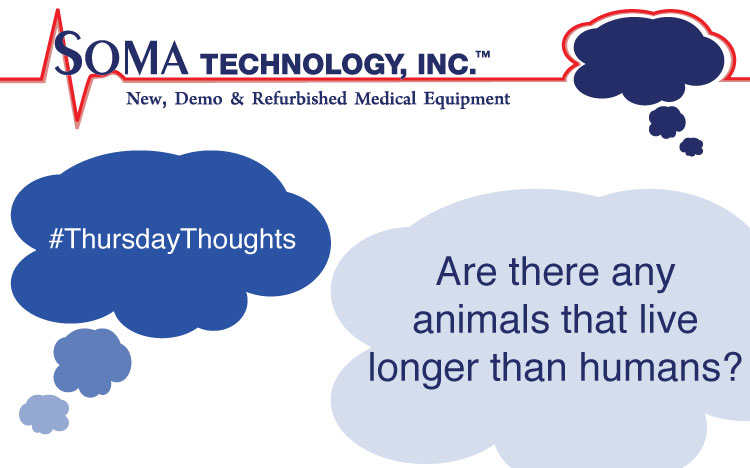 Are There Animals That Live Longer Than Humans?

Humans live for a very long time in comparison to most animals. There are evolutionary advantages for why humans are the way they are. But, are there animals that live longer than humans? Keep reading for the list of animals!

The Animals That Live The Longest

Other animals, like humans, have evolutionary adaptions that allow them to live for long periods of time. Some of these lifespans are longer than most humans, and some of them can even be immortal! This content comes from the very cool article, “9 Animals That Can Live Longer Than You” by Mental Floss.

First documented on the trips of Charles Darwin, tortoises are a favorite of some people. These creatures can live upwards of 100-200 years.

We are usually only accustomed to seeing jellyfish wash up on the shore, or in an aquarium. When these animals become stressed out, they can change back into their youngest cellular form and reproduce. Their ability to continually replicate themselves has made them listed as an invasive specie.

These delicious clams are quite large. The oldest one, Ming, was found to be about 507 years old.

A tuatara is a reptile. It sort of looks a bit like an iguana. In the wild they can live up to 100 years.

People love parrots because they can mimic words, and for their bright plumage of feather. Macaws can live over 100 years of age. Polly definitely wants that.

Whales are the majestic large creatures of the oceans. One was found to be over 211 years old with harpoon pieces from the 1880’s stuck in its skin.

Koi are known as the beautiful orangey fish found in artful ponds in Japan. The rings around their scales are used to determine how old they are. One that died in 1977, was about 226.

Flamingos get their pink color from eating shrimp. These birds are gorgeous, and can live into their 80s.

This one is definitely scary. Bacteria have been alive for a very long time. Some of them only replicate once in 10 millennia.

Do you know of any other animals that didn’t make the list? Or do you have a favorite animal from this list? Ours is the parrot, turtle, and flamingo! Comment Below!