What is Eastern Equine Encephalitis? 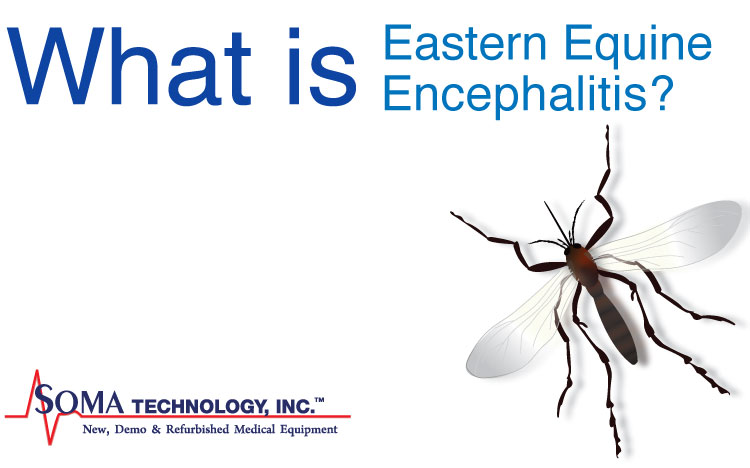 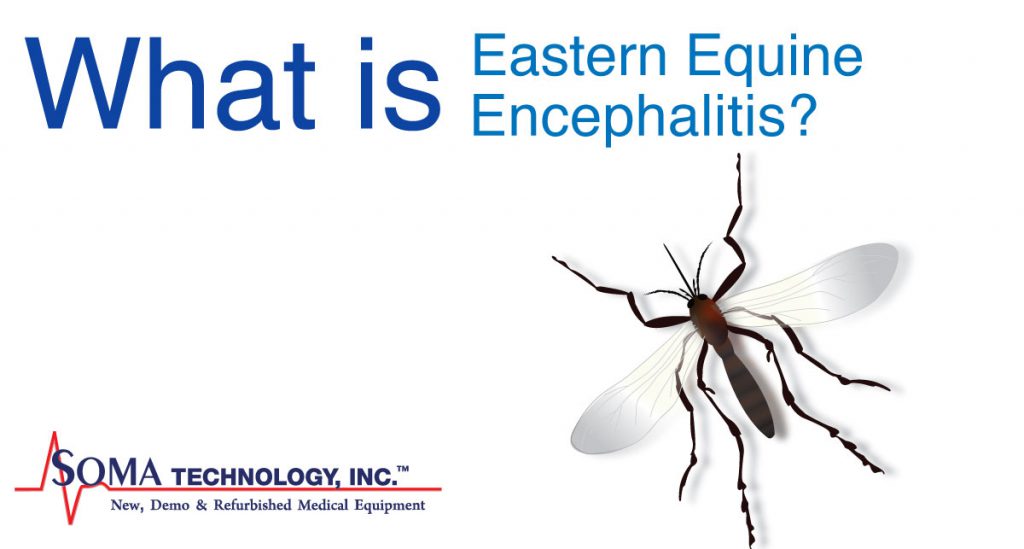 What is Eastern Equine Encephalitis?

Recently there has been an eighth death from EEE, or Eastern Equine Encephalitis in Massachusetts which is just over the border from our Connecticut headquarters. This not only makes us scares, but also gives concern for other people located in the Northeast of the United States. Keep reading to learn what is Eastern Equine Encephalitis and more information on other related diseases and how to stop the spread of it!

What Exactly is Eastern Equine Encephalitis?

Eastern Equine encephalitis (EEE), also known as Triple E,  is a condition in which a virus gets transmitted to a person or animal that then infects the brain. Encephalitis means that there is a brain infection. You may have heard the root of the term before with the recent Ebola break out causing microcephaly in newborn children. This refers to the abnormal brain development. A little under one third of people who get EEE will die from it. There are some recognizable symptoms; including any signs of being bit by a mosquito. It may take between 4 and 10 days for the disease to intubate. Some common symptoms include fever, chills, myalgia, and feeling generally uncomfortable. More severe symptoms will feel more severe. These symptoms include restlessness, fever, irritability, vomiting, diarrhea, convulsions and even coma. If someone with EEE does not seek treatment within a couple to 10 days, they will likely die. Once the disease progresses to being life threatening, it will leave the person with permanent brain damage. Unfortunately, there is no vaccine for EEE. EEE can be found in mosquitoes that live in New England, the eastern coast of the United States, and the Caribbean. Treatment will vary based on the severity of the disease.

What Happens to Horses with Eastern Equine Encephalitis?

EEE is mentioned above as not only affecting humans, but also being a zoological disease. There is the story of how 75 horses were infected and all dropped dead around the same time in Massachusetts. About 200 horses a year will get this disease. For horses, there is luckily a vaccine for the prevention of EEE.

How Can We Prevent Ourselves from Getting EEE?

One of the best ways of preventing ourselves from getting EEE is to used an EPA approved insect repellant. This can be used on children older than two months old. It may also help to limit the amount of time that you spend outside if getting EEE is a large concern of yours because it is not super common to get. Another way that people can limit their expose is by covering up the majority of their body by wearing clothing with long sleeves and pants. If mosquitoes are still a very large threat to you, make sure there aren’t any passageways that they can fly into your house. Do not leave windows or doors open. If you would like a slight breeze, you can always put on the air conditioning. As well, do not leave on any lights near these passageways that will attract mosquitoes. There are currently some candles that are on the market that when burned, the scent repels mosquitoes as well. Do you have any other ideas of how to repel mosquitoes or maybe even a natural organic household remedy of items in the house to make insect repellant?

What Other Diseases do Mosquitos Carry?

Mosquitoes and insects are known for years for being the carriers of some nasty diseases. Thanks to mice, 1/3 of Europe was wiped out by the Black Plague. Mosquitoes can carry many diseases including Malaria, and West Nile. There are some countries in Africa that the United States requires you to get vaccinated against before you travel to them.

Malaria is caused by the parasite Plasmodium, and then it is then transmitted from mosquitoes to humans. Mosquitoes are attracted to human flesh so that they can feast on the blood. When a mosquito sticks their little piercing needles into skin to suck up the blood into their mouth. These needles work kind of like how a straw would suck up fluid in a drink. A mosquito can hold about as much blood as three times their body weight. The mosquito’s needles will transmit the Plasmodium into the human body that would then infect the person with a disease that is called malaria. Every year in the world, there will be at least 200 million people who will become infected with the parasite, and around 400,000 of them will die.

The symptoms of malaria include fever, nausea, vomiting, headache, chills, sweating, muscle pain, cough or abdominal pain. People with severe cases may have shivering and chills and then experience a dramatic shift in sweating. It is important to seek any kind of medical treatment when you feel terrible, but also important to let your doctor know if this has happened after you traveled somewhere outside of the country. Unfortunately, mosquitoes are not the only way to get malaria. An infected person can pass it on to anyone though infected blood, be it blood transfusions, intravenous drug use, or even from a mother to her fetus. Medications will likely be prescribed to try to eliminate the parasite.

It seems as though every year during the summer our local news outlets report that there have been several mosquitos that have tested positive for West Nile Virus. The majority of people who have West Nile will not show symptoms. For those that do, symptoms include fever, diarrhea, vomiting, aches, and even a skin rash. More severe symptoms will include coma, severe headache, seizures, partial paralysis, and even a stiff neck. Interestingly enough, West Nile is usually screened on blood transfusions so the risk of developing it that way is very low. Most West Nile will clear up on its own with the use of pain relievers. If the case is very severe, a doctor may suggest using immune cell therapy.

Have you known anyone who has gotten Eastern Equine Encephalitis? Do you know anyone who has gotten EEE, malaria or West Nile? If you are a medical professional, have you ever treated anyone with EEE? Is this a large concern for people who are frequently outdoors, or is it just unlucky when someone does become infected? Have you ever treated people for Malaria or West Nile? Have you ever needed to get shots before you traveled to a different country? Do you own a horse or had to get it vaccinated against EEE? Is there another medical topic that is trending that you would like us to research and write about? Comment below!