What are STD’s? Why You Should Care 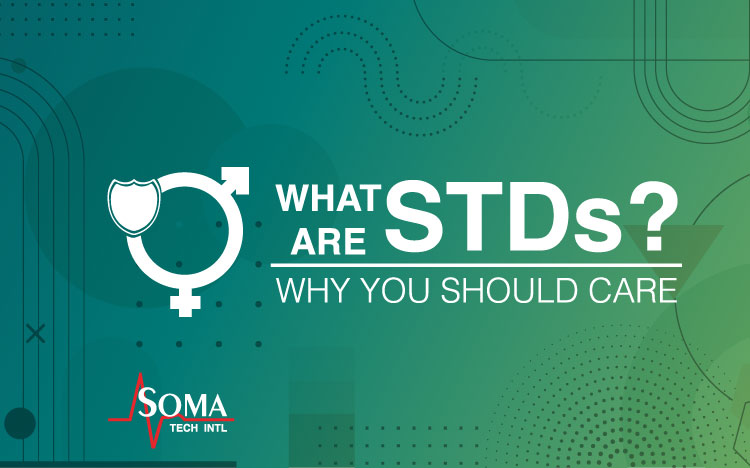 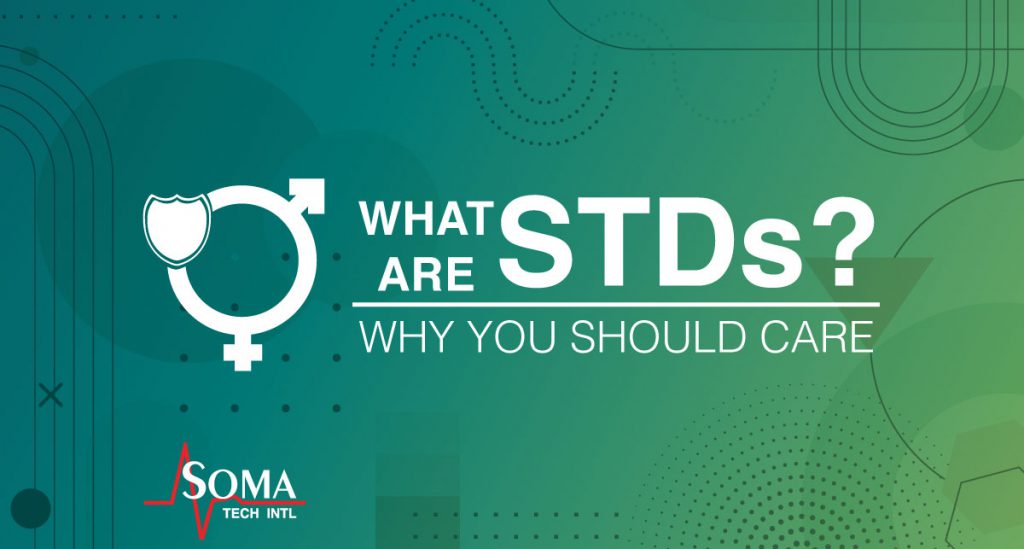 Sexually Transmitted Diseases (STD) have been around since the start of mankind. New studies and discoveries have changed our thoughts around STD’s over centuries. STD’s were first recorded in1494 with syphilis. It is thought that this may have originated from the Columbian Exchange and spread by sailors. Closely after, gonorrhea was also discovered and both spread all throughout Europe. In the 1930’s penicillin was discovered and used to treat these STD’s. As years progressed, however, many more STD’s were discovered, such as HIV/AIDS, Chlamydia, etc. We have been working globally to find a cure for all STD’s, and we have come very far from when we started.

The difference between STD and STI is that STI stands for Sexually Transmitted Infection. The difference is one is a disease and one is an infection. While not all diseases start with an infection, many STD’s do. Some STI’s, if left untreated, can later turn into a disease. This is why doctors recommend getting tested at least annually once you start being sexually active to detect and treat it in its early stages.

How to Know if You Have an STD/STI

There are over 20 different types of STD’s/STI’s, all with different symptoms, even though some show no symptoms. Here is a list of the main STD’s and STI’s and their symptoms (remember that some may show no symptoms for a long time so getting tested regularly is important).

Other STD’s include pubic lice, pelvic inflammatory disease, scabies, and molluscum. Many STD’s might not show any symptoms at first like Hepatitis or they can also be dormant like HSV, but they could reoccur several times throughout your lifetime.

Many clinics recommend that you should get screened annually when you become sexually active. If you are having unprotected sex with multiple partners, you should get tested more frequently since it only takes one person to infect the rest. You can call your doctor and ask for a test, go to a clinic and ask, and Planned Parenthood also offers free and low-cost tests.

What Happens if I Have an STD/STI?

If you have been tested for STD’s and STI’s and they come back positive, depending on the results, doctors will give you the best medical treatment. All of the treatments vary depending on the STD. For example, to treat Chlamydia doctors prescribe oral antibiotics and recommend staying abstinent for a period of time to avoid spreading it. Gonorrhea is also treated with antibiotics, which can be given by a shot or taken orally. Other STD’s have no treatment, but there are treatments that can slow down or make the STD dormant so it won’t interfere with your life. Some of these STD’s include HPV, HSV and HIV.

Not spreading STD’s and STI’s is also crucial. If you come out positive, contact the people that you have had sexual intercourse to inform them to get checked and they can also tell their previous sexual partners. While this is a hard conversation to have, it is necessary for the health of you and those around you. There are even websites where they will send an anonymous text to the people you have slept with to tell them to get checked without your identity being revealed.

Lastly, do not have any type of intercourse until you have been cleared by your doctor. Some doctors will ask you to come back in a few weeks to get retested to make sure that you are cleared.

How to Prevent STD’s

The only way to completely prevent STD’s is by staying abstinent, but this isn’t practical. Practicing safe sex can be effective as long as you are doing it right. The best way is by using a latex condom every time you have sexual intercourse. Even though they are not 100% effective, they can be extremely successful if used correctly. If using lubricant, a water-based lubricant works the best. You should also maintain good hygiene, wash before and after sex, also avoid sharing towels and undergarments.
If you are in a monogamous relationship, where both you and your partner do not already have an STD, then you will not get an STD if you keep having sexual relations with only that person. If there are new partners involved, practicing safe sex and getting tested is recommended.

There are a few vaccinations also available for a few STD’s. These vaccinations can protect against Hepatitis B and HPV. If you already have either of these STD’s, then they will not work, but they are a great way to protect yourself from getting them.

Detecting STD’s is crucial, especially in the early stages. Make sure you are getting tested regularly to make sure you and your partners are staying safe.

STD’s and STI’s have been stigmatized for years now. While we have become open about more topics such as mental health, we have not made the switch over to having talks about sexually transmitted diseases and infections without a negative look. There are several reasons why we as a society have come to stigmatize this topic.
Our lack of sex education is one of the main reasons we have a negative outlook. Many abstinence-based sex education programs portray sex in a negative light, therefore making STD’s and STI’s seem uncommon when they are not. STI’s are very common, especially with our younger generation being more open about sex and sexuality. HPV is actually the most common STI in the United States, and more than half of the sexually active population have it, some are just asymptomatic.

Getting an STD/STI is not uncommon. Other people think that having one represents the history of sex partners you have had or bad hygiene. Even with the cleanest hygiene in the world, it only takes having sexual intercourse with one person to get an STD/STI. Having either one shows nothing about your sex life or hygiene and therefore no one should be judged because of it.

Many women and men have been victims of rape and sexual violence, and it discredits their stories. They did not have a choice in what happened to them, they are victims of crimes committed against them, and feeling ashamed about having an STD/STI is the last thing they need.

Getting tested should also be normal in our society. Many people are so scared of getting a positive result that they rather not get tested so that they don’t have to tell their sexual partners and not feel ashamed for having an STD/STI. We need to destigmatize this for the health of ourselves and others. STD’s and STI’s are very common and we should be spreading this message to make these conversations easier to have.

One step at a time we all have to start realizing how important this conversation is. We need to give better sex education classes to our children and talk to them about the reality of STD’s and STI’s. No one should feel ashamed, we should feel open to talking about this. What are some other ways that we can help destigmatize this topic? Feel free to leave a comment below on ideas or ways that you do that!