Should I Get a Flu Shot? – Spoiler Alert Yes! 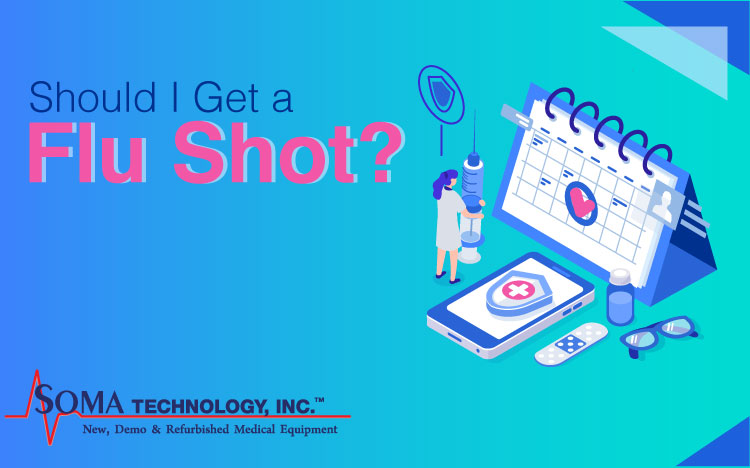 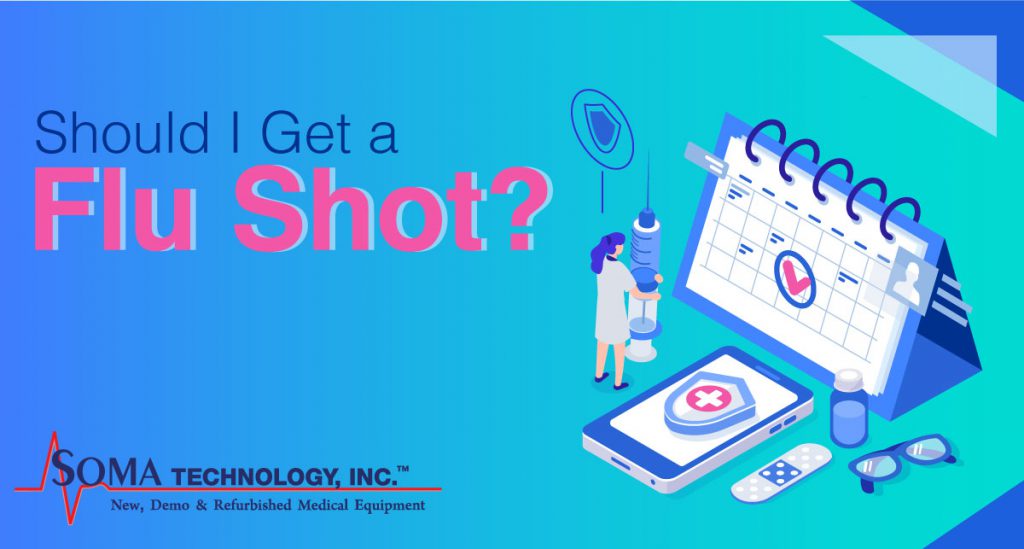 Should I Get a Flu Shot? – Spoiler Alert Yes

As summer is winding down, and schools are back in session, we have the cyclical medical trend coming back – the ever-present – should I get a flu shot? You already know that the answer is an unequivocal, absolutely! There is usually no harm in getting a flu shot except for the few who become sick after, but this is relatively a low percentage of people who get the vaccine. The vaccine is proven to keep the flu from spreading at a faster rate than it already does. The flu should be taken very seriously because it can be fatal if not treated correctly. Continue reading to learn more about the flu, how to prevent it, and how to recognize what it is!

What is the Flu?

The influenza is a highly contagious disease that is transmitted through the air and affects the respiratory system. There are a myriad amount of symptoms which include severe fatigue, chills, sweats, muscle aches, sore throat, coughing, a fever, congestion, and many more. If you think you have the flu you should immediately see a doctor for treatment if there could be any complications. Sometimes these complications include bronchitis, pneumonia, heart issues, and more.

Who is at Risk?

Overall, the people who are the most at risk are those who did not receive the flu vaccine. Other than this general population, there are a few groups who are most at risk. Newborns, young children, and the elderly are a huge risk because they do not have the immunity to fight off such diseases. Other people who have compromised immune systems such as an immune system disorder or HIV/AIDs are in the biggest at-risk group. Sometimes it only takes a little cold to manifest in a person with AIDs to become fatal. The final group of people who are susceptible to the flu include people who are on immunosuppressants. This could be people who are fighting chronic diseases, or those who are undergoing chemo or radiation. As well, women who are pregnant are also highly susceptible.

What Happens if You Get the Vaccine too Early?

Sometimes the laboratories come out with a vaccine that protects against certain strains of the flu but not the ones that develop later in flu season. Unfortunately, these people are more than likely to still get the flu if it is a strain that is not covered under the current vaccine for different strains. Please see a doctor if you think you may be sick by the flu even though you got a flu shot. This is more common than you think, and it can happen to anyone. Some doctors advise that instead of getting the flu vaccine in July or August, you wait until the middle of September or October, with November being the absolute latest.

What Can we do to Prevent the Spread?

There are many things we can do to prevent the spread of the flu. The first major thing to do is to get vaccinated. The vaccine is the only thing that will protect you from getting the flu. If you were unlucky or chose to not get the vaccine, then there are several steps you can take for if you do get the flu. You can avoid making contact with other people who are sick, or avoid going into public places. If you have to go in public, then continually wash your hands and avoid coughing or sneezing into the air. If you are sick, you may want to get as much rest as you can. The flu usually gives muscle aches and makes a person incredibly fatigued. You should rest if you are sick, and make certain that you rest your muscles. Sleeping is when the body regenerates your body’s cells, and the immune system. Try to keep a flow of fluids so that your immune system is working at its best.

How Can Soma Technology Help Stock Our Equipment?

Make certain that your facility can plan ahead before the thick of flu season. If your medical facility sees an increase in patient census during the flu season, we have you covered. We have many pulmonary equipment ready to help treat your patients. We have many choices in refurbished ventilators, infusion pumps and patient monitors. Ventilators help to control a patient’s breathing, especially if it is compromised from the flu. The ventilator works by pushing oxygen and inflating the lungs, either non-invasively or invasively.  Infusion pumps are critical in giving patients their fluids, medications, and even some treatments. Patient monitors are always helpful in showing the status of a patient and their current level of health.

What About My Budget?

One of the questions that we frequently get is what if I do not have it in the biomedical budget to purchase more equipment, but we still have an increase in patient census? Well, we have many rentals supplies that are ready to be sent to your medical facility. We even have rent-to-own programs wherein you can finance a piece of equipment before it officially becomes owned by your medical facility. This is a great option for places who tend to use their budget, or won’t have their budget renewed before the end of flu season – which usually extends all the way into April and May!

Have you gotten your flu shot this year? Did you make sure to get your flu shot last year? Anyone who has had the flu knows that preventing it is better than risking not catching it. Again to reiterate, the flu is highly contagious and can be responsible for many complications especially in those who are prone to getting sick. There are many places that you can get a flu shot. You can get one in your local neighborhood big pharmacy chain, at the doctor’s office during a physical, in the hospital or even in a clinic. Comment below and tell us that you are definitely getting your flu shot, and letting your friends and family know to do the same!