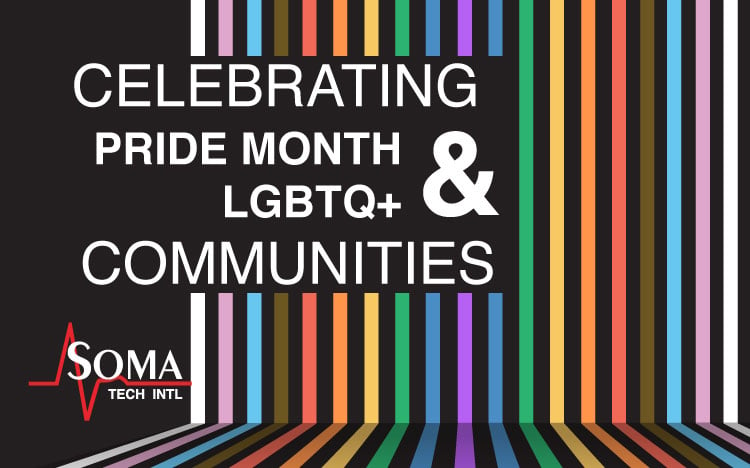 As you may know, Pride Month is celebrated in June in the United States and elsewhere around the world. Pride Month commemorates years of struggle for civil rights and the ongoing pursuit of equal justice under the law for lesbian, gay, bisexual, transgender, and queer communities, as well as the accomplishments of LGBTQ+ individuals. But how did Pride Month become celebrated in June? What is the origin behind the Pride flag? How has it reshaped our views on how we engage in the dialogue of equity and breaking down social stigmas regarding gender and sexual orientations? Continue reading further to learn more about Pride Day!

WHAT IS PRIDE MONTH AND WHY IS IT CELEBRATED?

Pride Month was initially inspired by the June 1969 Stonewall Uprising and works to achieve equal justice and opportunity for LGBTQ Americans. The purpose of the month is to recognize the impact that LGBTQ+ individuals have had on society locally, nationally, and internationally.

Although it has been celebrated for more than 50 years, President Bill Clinton officially declared June as Gay and Lesbian Pride Month in 2000. In 2011, president Barack Obama expanded the observance to Lesbian, Gay, Bisexual, and Transgender Pride Month.

Since many of these groups of people who for so long lived in the closet and hid their real identities, it is very important to make note of that, and also to make note of the fact that things are still not perfect. Yes, we have same-sex marriage, but we don’t have adoption rights or employment rights in every single state. We still have students kicked out of their homes for coming out. Things are still problematic in LGTBQ+ people’s daily lives. These things need to be brought forward and need to be talked about.

The organized pursuit of LGBTQ rights in the United States reaches back to at least 1924 and the founding of the Society of Human Rights in Chicago by Henry Gerber. But the event that catalyzed the LGBTQ+ rights movement came in June 1969 in New York City’s Greenwich Village, at the Stonewall Inn. The Stonewall Uprising occurred on June 28, 1969, and was a tipping point for the Gay Liberation Movement in the United States. In the 1960s, the Stonewall Inn in New York City’s Greenwich Village was a gay club and refuge for many in the LGBTQ community. On June 28, 1969, the New York City police raided the inn, sparking a riot among bar patrons and neighborhood residents with the police. The riot involved hundreds of people and led to six days of protests and violent clashes with law enforcement outside the bar on Christopher Street, in neighboring streets, and nearby Christopher Park.

A year later on June 28th, thousands of people marched from the Stonewall Inn to Central Park in what was then called “Christopher Street Liberation Day” — marking what is now recognized as the nation’s first gay pride parade. Although “gay power” had been proposed as the slogan for the march, it was argued that the movement had yet to be politically empowered but that its members felt great pride in their sexual identity. Thus, it was decided that the march’s theme would be “gay pride.” Since 1970, LGBTQ+ people and allies have continued to gather together in June to march with pride and demonstrate equal rights.

MEANING BEHIND THE PRIDE FLAG

The rainbow flag is widely known as the symbol of Pride. But did you know there’s more than one Pride flag? Gilbert Baker, an American artist, gay rights activist, and U.S. Army veteran created the initial flag in 1978 as a new symbol for the gay and lesbian political movement at the suggestion of his friends and colleagues, including Harvey Milk, a San Francisco city supervisor and the first openly gay elected official in California. According to Baker, the colors of the LGBTQ flag each have a meaning:

Pride flags are a bold visual representation of the movement. And, rightly so, there are many echoing the diversity of identities within the LGBTQ+ community, and the need for everyone to be seen and recognized. By 2017, the state of Philadelphia redesigned the Pride flag to include the colors brown and black in an effort to promote diversity and inclusion and to honor the lives of Black and brown LGBTQ+ communities.

WHAT DOES EACH LETTER OF LGBTQ+ MEAN?

LGBTQ+ stands for lesbian, gay, bisexual, transgender, queer (or sometimes questioning), and others. The “plus” represents other sexual identities including pansexual and Two-Spirit. The first four letters of the acronym have been used since the 1990s, but in recent years there has been an increased awareness of the need to be inclusive of other sexual identities to offer better representation.

The acronym is used to represent a diverse range of sexualities and gender identities, referring to anyone who is transgender and/or same/similar gender attracted.

As a parent, sibling, friend, or even a coworker, showing your love, acceptance, and support is essential to promoting a loved one’s well-being. We must reaffirm our commitment to having open, honest discussions about the impact of mental health disparities on the LGBTQ+ community. LGBTQ+ people are nearly three times as likely as others to experience a mental health condition such as anxiety or a mood disorder. And for bisexual and transgender people, as well as those living at the intersections of multiple marginalized identities, those numbers are even higher. Breaking the silence about these issues is a key step to reducing stigma and empowering each other to seek help and support when needed. A few ways you can help are:

Remember, your story matters, and you are not alone!

Showing meaningful support for Pride and what it stands for starts with creating a culture of inclusion. Yes, you can add a Pride flag to your store’s window but beyond that, there are so many ways you can make your business a beacon of LGBTQ+ inclusion.

Since the gay rights movement in the US has been gaining traction for the past several decades, from the overturn of the Defense of Marriage Act in 1996 to allowing trans athletes to compete in athletics, major strides have been made. Although there is still much to be done. However, every summer in the United States, LGBTQ+ communities come together for a monthlong celebration of love, diversity, acceptance, and unashamed self-pride locally, nationally, and internationally. What are your thoughts about this article? Did you find this to be educational? Are you an LGBTQ+ ally? What kind of activities do you do to support Pride Month? Leave us your comments down below!